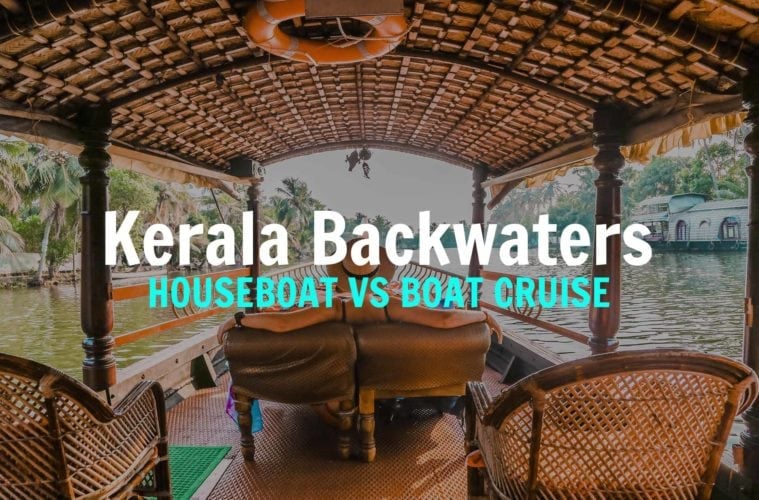 After a lovely eight days chilling out on the beautiful Varkala Beach in Southern Kerala, we decided to get moving again and headed two hours north to Alleppey, known for the famous house boats in the backwaters.

How to get to Alleppey from Varkala Beach 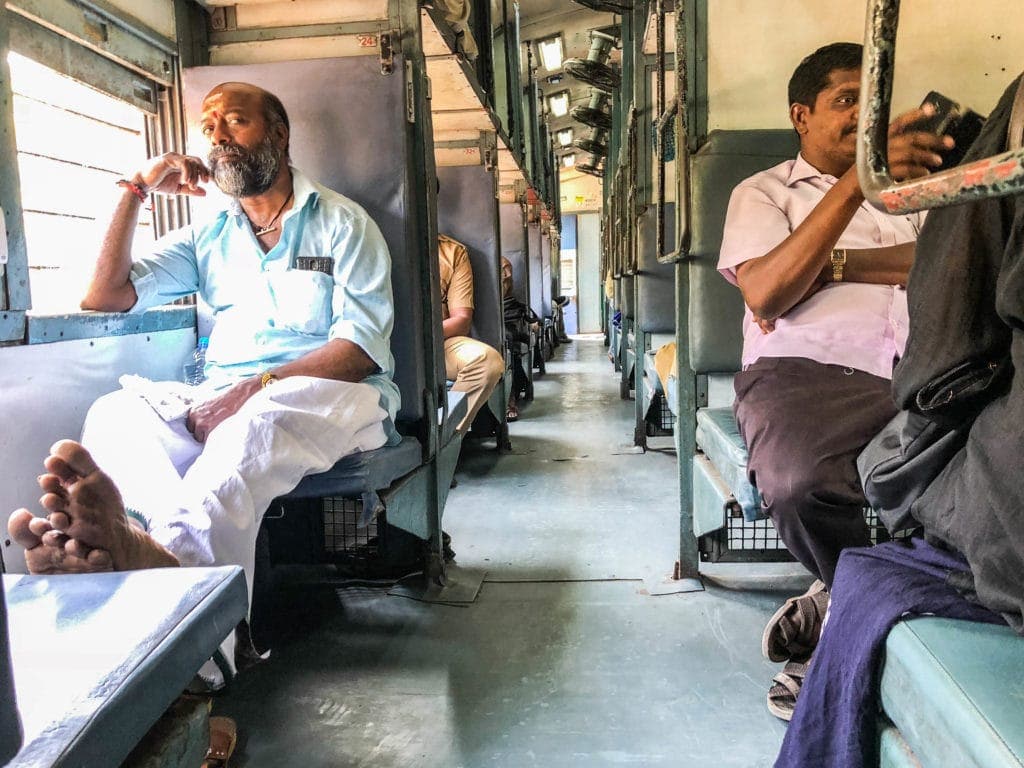 An unusually quiet train from Varkala to Alleppey.

We jumped on the train from Varkala for a two hour train ride. The train was just how I remembered Indian trains to be. After awful train rides in Sri Lanka, we were finally on a decent train which wasn’t packed and we even got a seat straight away. A new feature from the last time I took a train in India in 2011 was an access to a powerpoint. How amazing you could just sit there and charge up your phone, something that would be the norm for most of us but a huge delight for us in India.

Where to stay in Alleppey

We booked ourselves into Steffy’s airbnb which is located next to the finishing line where the house boats come in. Our plan was to stay in the airbnb for one night and sort out the house boat for the next day. The airbnb was actually really good for AU$20, complete with aircon and it was a good clean room. I actually forgot to take a photo of the accom but you can find it here.

Before you book your airbnb, make sure you get your AU$55 FREE CREDIT from me here.

Finding a houseboat in Alleppey 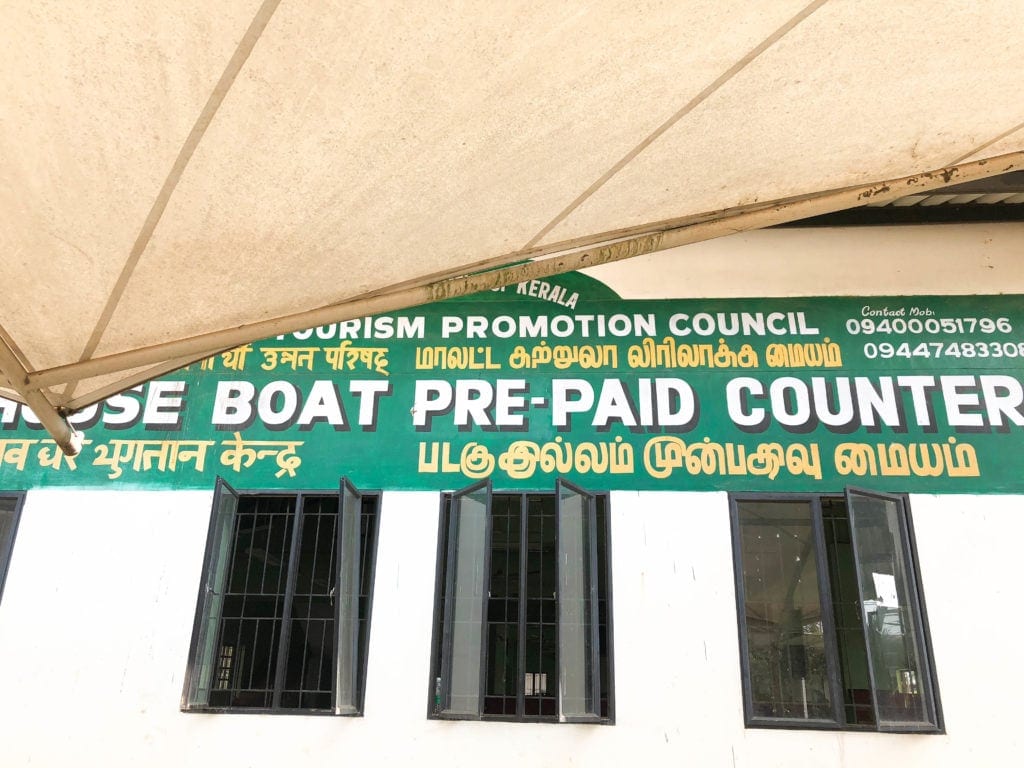 Go into the Government pre-paid houseboat centre at the finishing line to book.

The best part about Steffy’s is it’s located next to the finishing line meaning it was easy to wonder down and check out the house boats. The are loads of touts right outside the government ticket office. They will try and steer you away from there and will show you a houseboat charging 9,000R for a one bedroom boat. In actual fact, always go to the government ticket office. If you buy your house boat ticket in there, it’s 7,000R. Both the tout and government are charging for exactly the same boat.

Although we stayed one night in the airbnb, you could probably get onto a houseboat as soon as you arrive into Alleppey. The actually leave at 12pm and return at 9am the next day but we met one couple who got onto one at 2pm and we had a chance to check out their boat which was actually really nice. I couldn’t believe the entire boat was just for one couple. 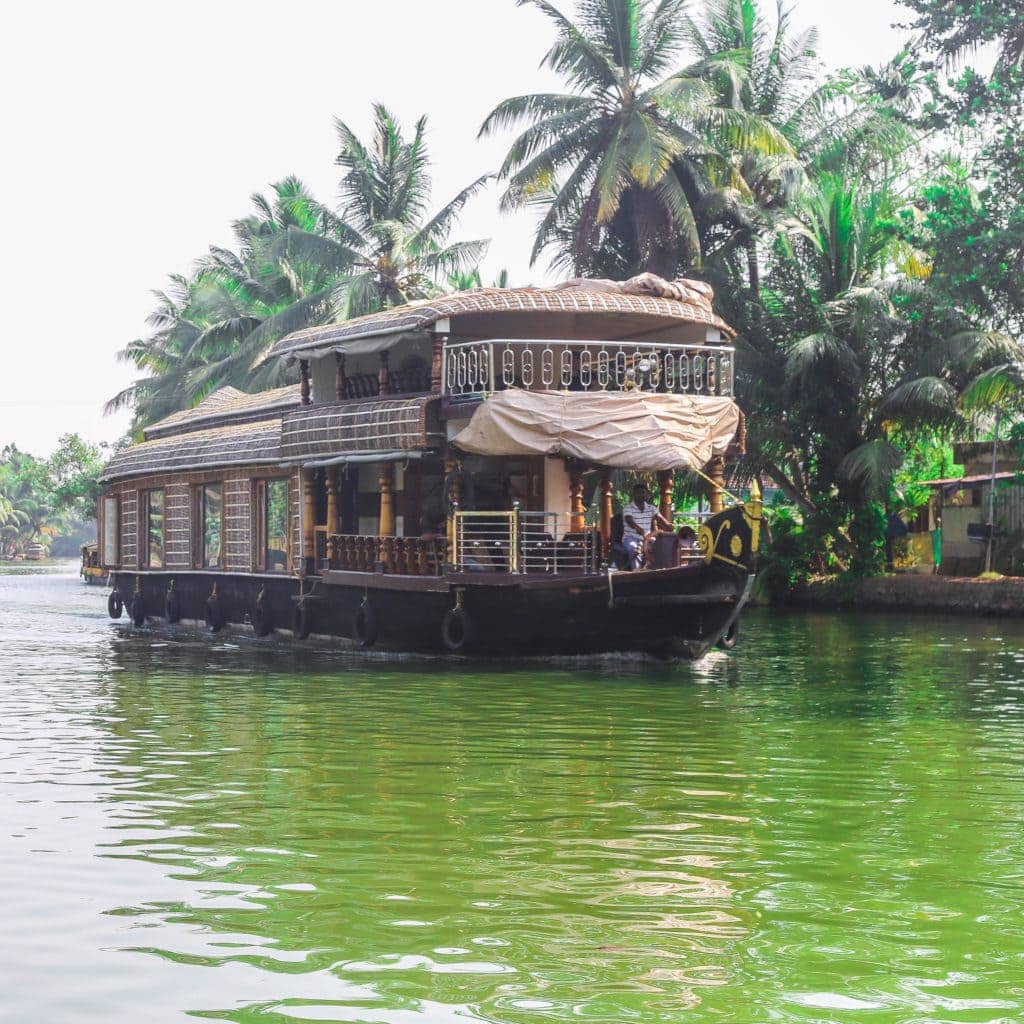 Most boats only cater for 2 people but there are some boats that will cater for the many single travellers, making it a bit more affordable when you’re put onto a boat with other single peeps. If you can find a house boat company that’s cheaper or the same at R7,000 then book in advance online. Otherwise I’d just turn up and book when you arrive.

3 hour boat cruise through the Kerala backwaters in Alleppey 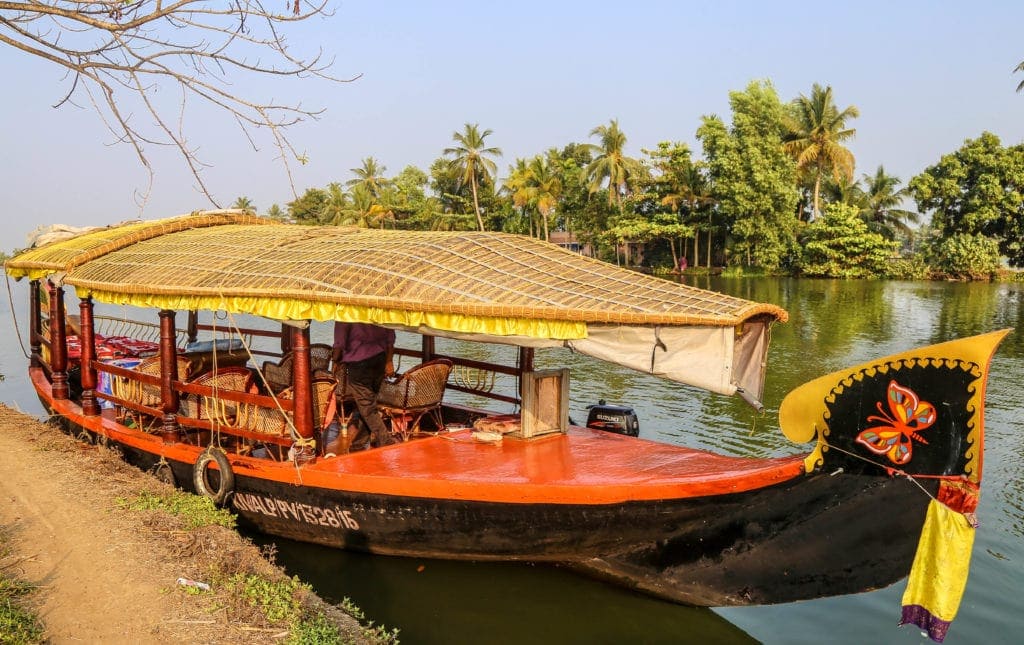 Our 3 hour boat cruise all to ourselves.

Fortunately for us, when we went to check out the house boats, we had the day free so we decided to do a three hour cruise for R1500 before we decided to go with the overnight houseboat. We decided the next morning to go ahead with the houseboat but unfortunately we were too late and they all were booked out so we didn’t actually get to go in the end. I’m not too sure what the difference would be between the 3 hour and overnight houseboat but I did hear there were a lot of mossies around at night in the backwaters. 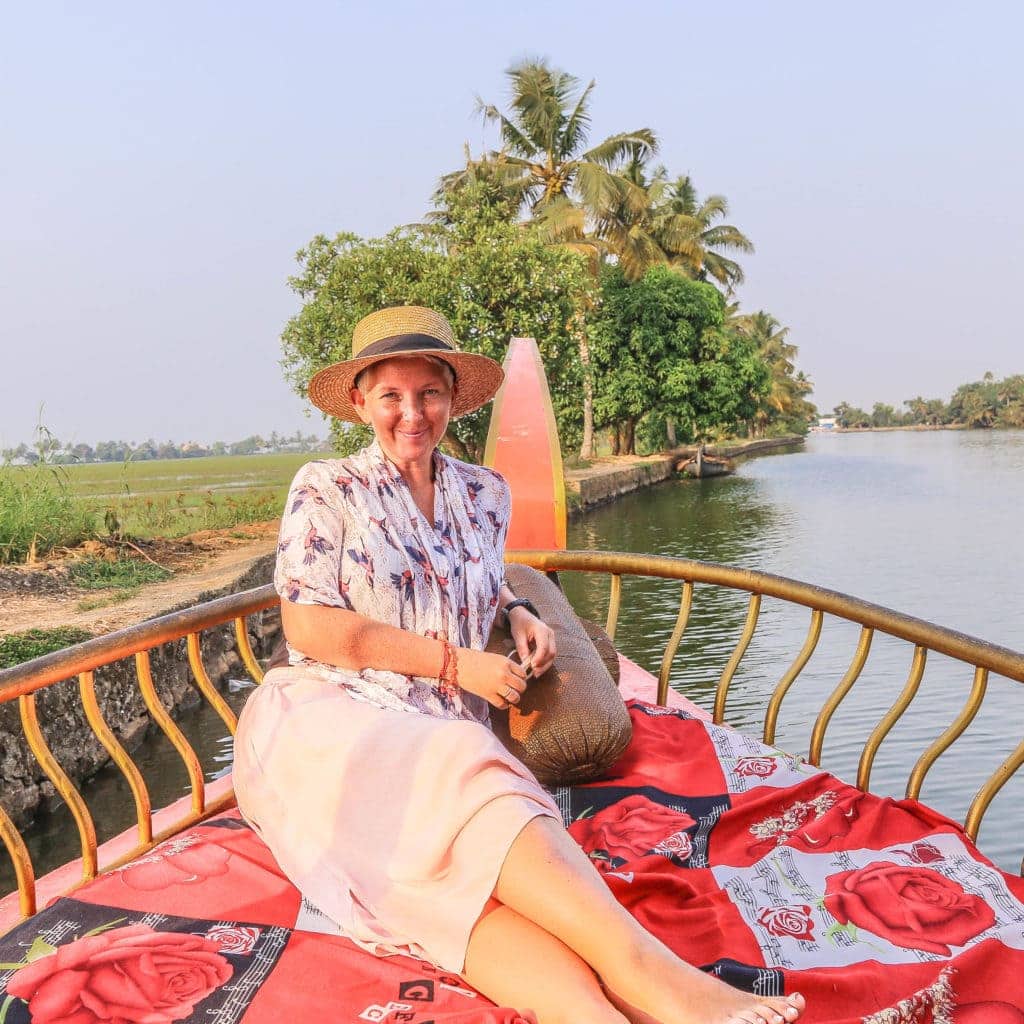 We got the entire boat to ourselves and loved every minute of it!

But, we did get to go on the 3 hour ride which was great. The boats go at a very slow pace as we went down the river and into the smaller backwaters which was fascinating. Our driver dropped us off at a cafe along the way where they had an incredibly tame eagle. We wondered if it was drugged as it just happily sat on Steve’s shoulder which was a bizarre experience. We later saw a few other restaurants along the backwaters with a pet eagle. Something I did regret taking part of, but it was so random, how many people could say they had an eagle on their shoulder? 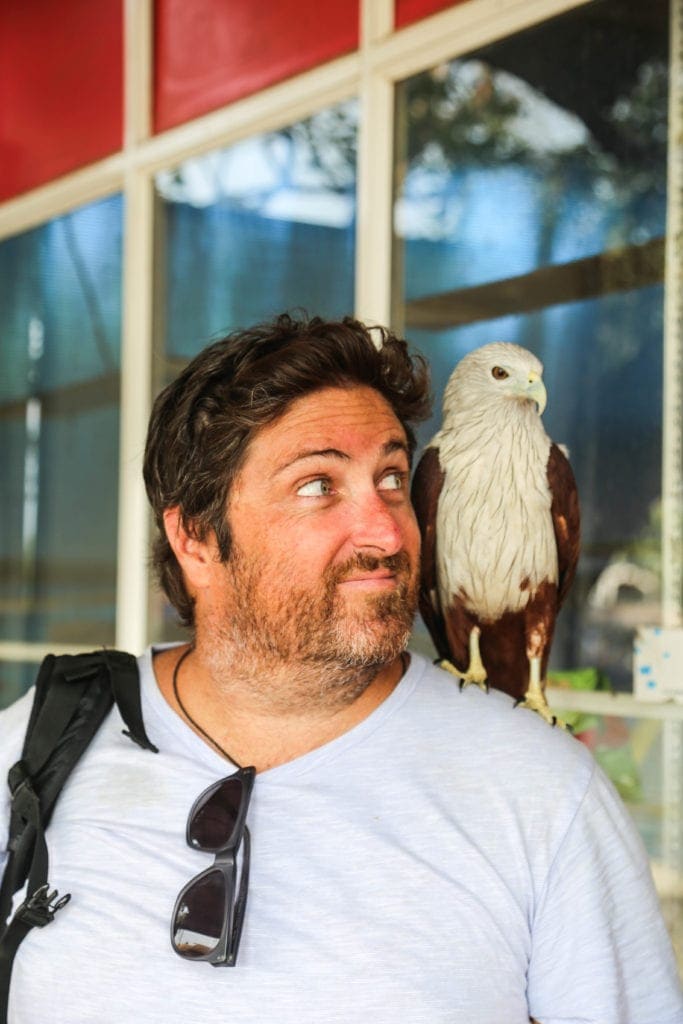 Steve making friends with the eagle.

It was actually pretty amazing to see how many communities were out in the backwaters. We saw kids walking back to their homes from school and lots of restaurants around too. A scene from the backwaters in Alleppey

As we started making our way back to Alleppey, we came across all of the houseboats and it was honestly like a traffic jam with them all heading in the same direction, and this was at the end of the season as well (end of Feb). 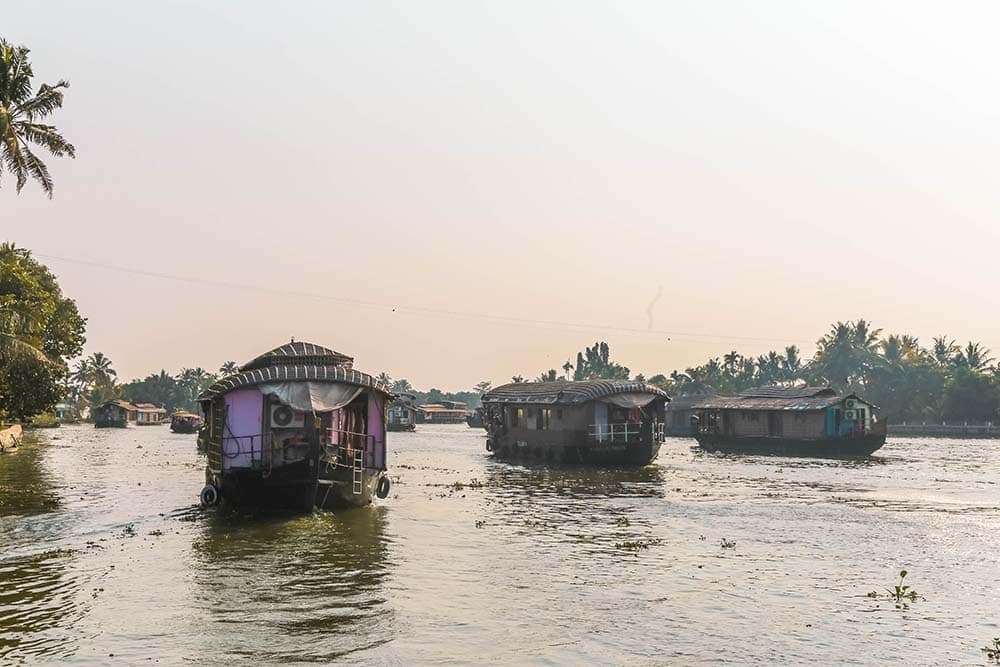 All of the house boats were heading in the same direction. This doesn’t actually show how busy it even was.

If you’re tight on money, I’d go with the three hour boat ride for R1500 (AU$30 for 2) or if you really want to experience the houseboat for R7000 (AU$140 for 2) then go for it as it really looked like a unique experience, but we weren’t too sad that we missed out on it as we were happy with the boat cruise. Because the boats are also smaller with the cruise, we were able to go down smaller canals to see more of the local life which was a highlight. 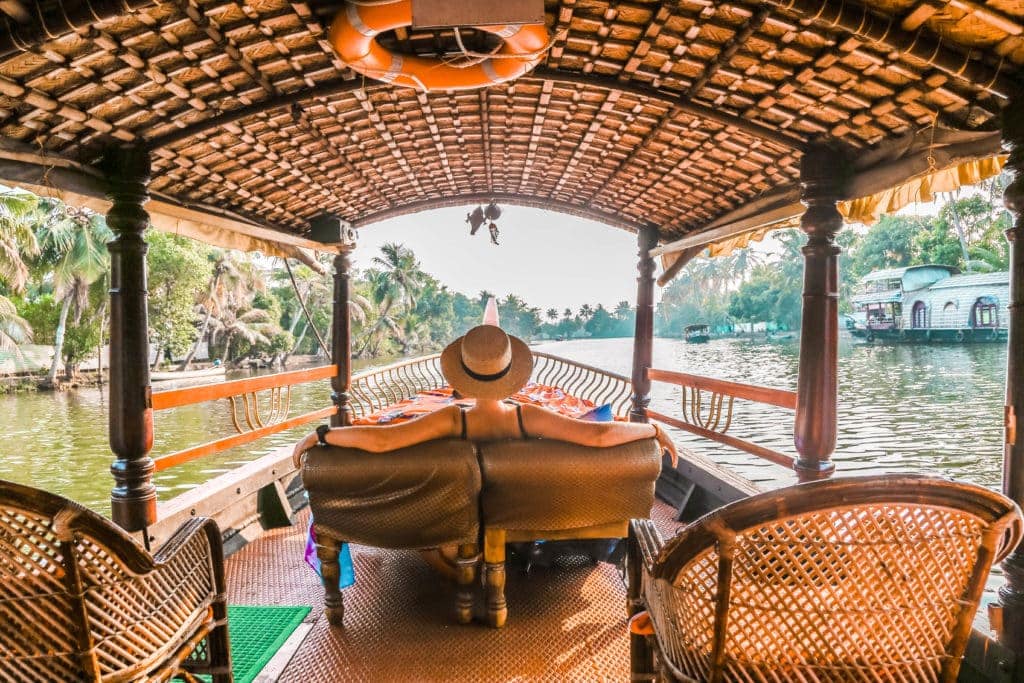 Feeling like a Queen on our own boat cruise!

We also quite enjoyed the city of Alleppey, it’s a bit like India’s version to Amsterdam, with a canal through the middle and there was plenty going on in true busy Indian city style. 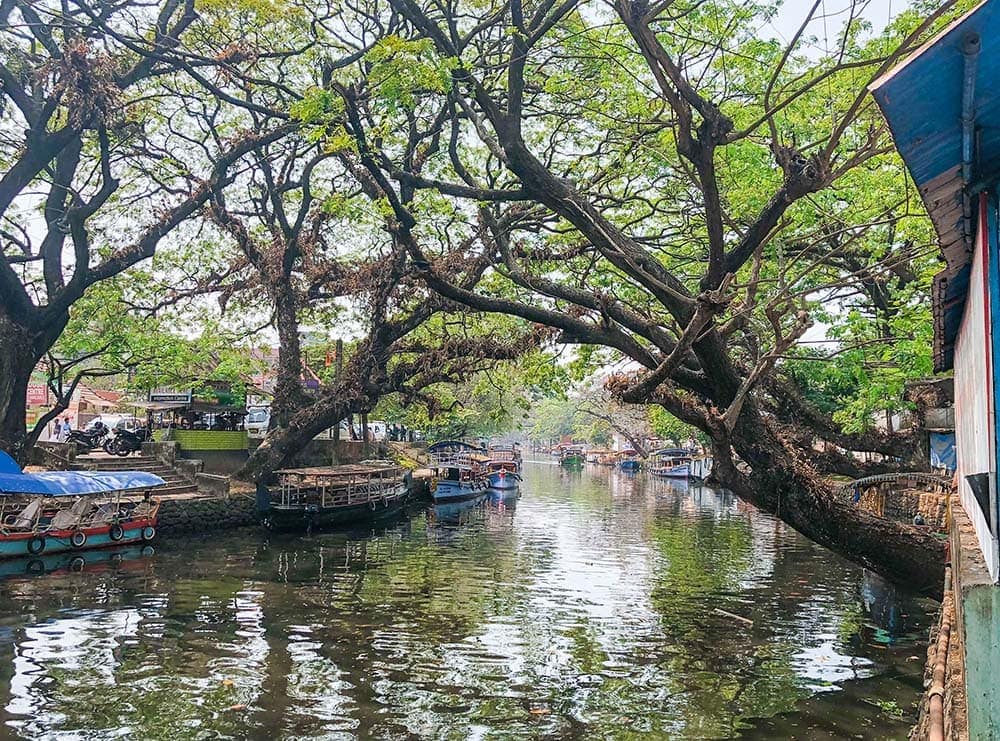 Alleppey is like India’s version to Amsterdam with a canal through the middle.

There was a lot going on in the city with a great vibe and we ate out at Mushroom restaurant which is a tourist and local favourite. The food was cheap and fantastic.

Should you bother going to Alleppey?

Absolutely. The Kerala backwaters are so unique that I’m glad we got to experience it even though we didn’t get the chance to spend the night on a houseboat.

Have you read my other India post about Varkala Beach yet?