Since I moved to Australia unexpectedly in 2011 after meeting The Aussie in the midst of the Himalayas in India, it’s been a long hard slog at finding the right information to know what visa I needed to actually live in Australia permanently.

Back when we met whilst trekking in the Himalayas!

Information isn’t the best online which is why so many of you have contacted me since I wrote my own personal account of applying for the defacto 820 visa. But, I didn’t know if what I was doing was right, I just did a lot of research in trying to find out if what I was doing was correct by scowling loads of forums and taking a lot of time. But, I was lucky; I came into Australia on a tourist visa and had three months to research what was needed for the 820 Visa as I couldn’t work at the time. For many of you, that won’t be the case and finding the time outside of work to put your visa together is really difficult and time consuming. 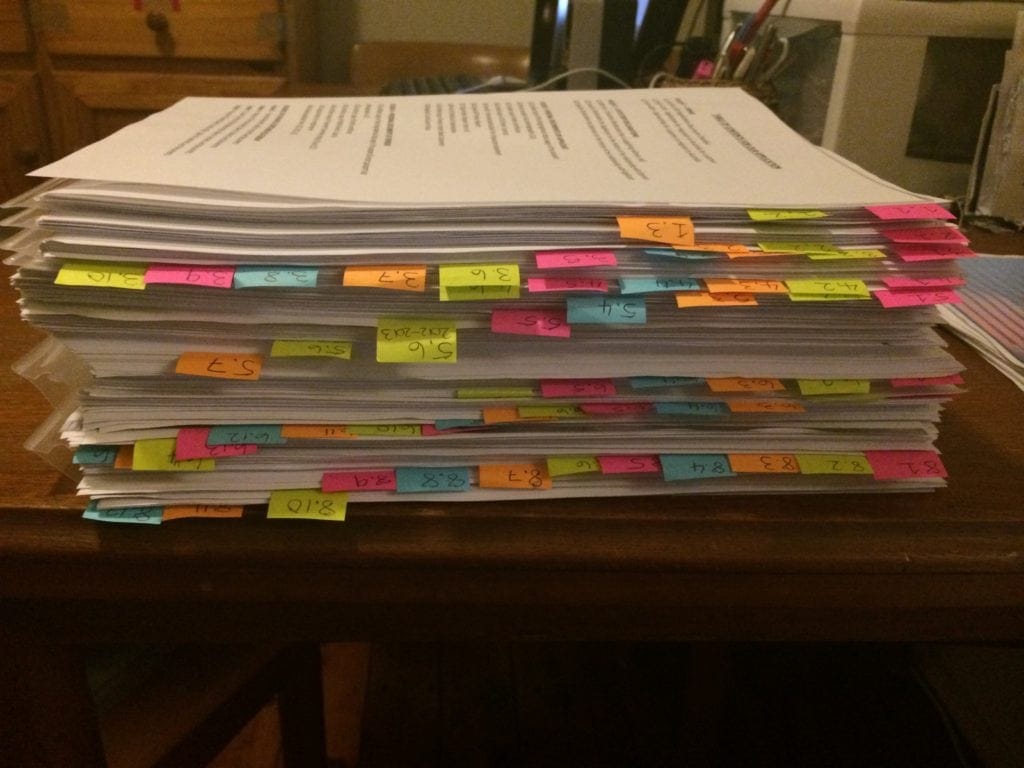 All of the documents I put together for my application for the 820 defacto partner visa.

I value all of your comments and emails on how my visa posts have helped you, and yes what I did actually worked, but I can tell you that even right now, six years on, I’m still calling up immigration most days to find out if what I’m putting together to apply for citizenship is actually right. Yes, that’s right, I still need to call immigration because I’m just as worried as you are on whether I’m supplying the right documents for what is such an important process. We all want to make sure that we get everything correct because this whole visa process isn’t cheap, I mean, last time I looked the 820 visa was something like $8000!! That’s insane but to live our dreams in a country like this is worth it let alone having to fill out endless amounts of forms for what seems like an eternity! 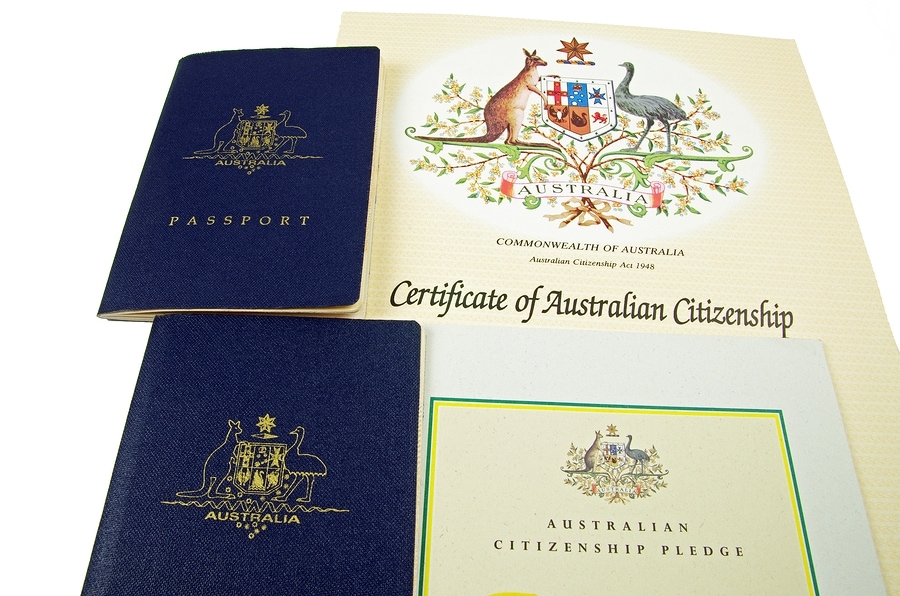 It’ll be worth it in the end!

You see, they changed the law recently for citizenship meaning that you now only need to be living in Australia for 4 years whilst being on PR for 1 year (before you had to be on a PR for 4 years). As long as you’re not overseas for more than 90 days within that 1 year on the PR, you can apply for citizenship. Find out if you’re eligible here. This law changed literally the day after I handed in my notice at work so The Aussie and I could go and travel the world for the next 7 months. I didn’t want to pass up the opportunity because the law could easily change again by next July, but, that would mean countless journey’s back into Australia within the next 8 months to do the citizenship test during our trip. To me, citizenship means everything so I’m not passing it up.

What’s saved me a lot of time is I actually found an migration agency called AUREC Migration & Mobility to talk to about my situation. I’ve never been in touch with one before because I always thought it meant $$$ and I didn’t see the point in spending more money than I needed to fork out. But, what if I told you that AUREC will happily give you a free assessment so you’ll know if you can actually apply for the visa you want rather than having to do the guesswork, spend hours waiting to speak to immigration who can NEVER give you a clear answer because they legally can’t advise? Frustrating isn’t it?! Usually a migration agent will easily charge $200 just for these questions to be answered. I mean, I’ve had people email me about being charged from various migration agents for all sorts, such as just for simple information about asking what a JP is! We’re going through hell with this visa process, and there’s nothing worse than wanting to know a simple answer to a question you can’t find anywhere and then being charged for it.

The difference with AUREC is they are a young firm made up of a lot of Brits who have all been through the visa process like us, so they know exactly what it’s like. The interesting fact about them which I never knew before is they offer two types of services:

1. Get help with your visa application

They can help you with the visa you want to apply for, such as:

2. Be sponsored by AUREC not your employer

The other service they offer is they can sponsor you on the 457 on-hire labour agreement in either contract or permanent roles which only take between 2-4 weeks to be approved. So basically what that means is; you get sponsored from the independent sponsor not the company you are going to work for. 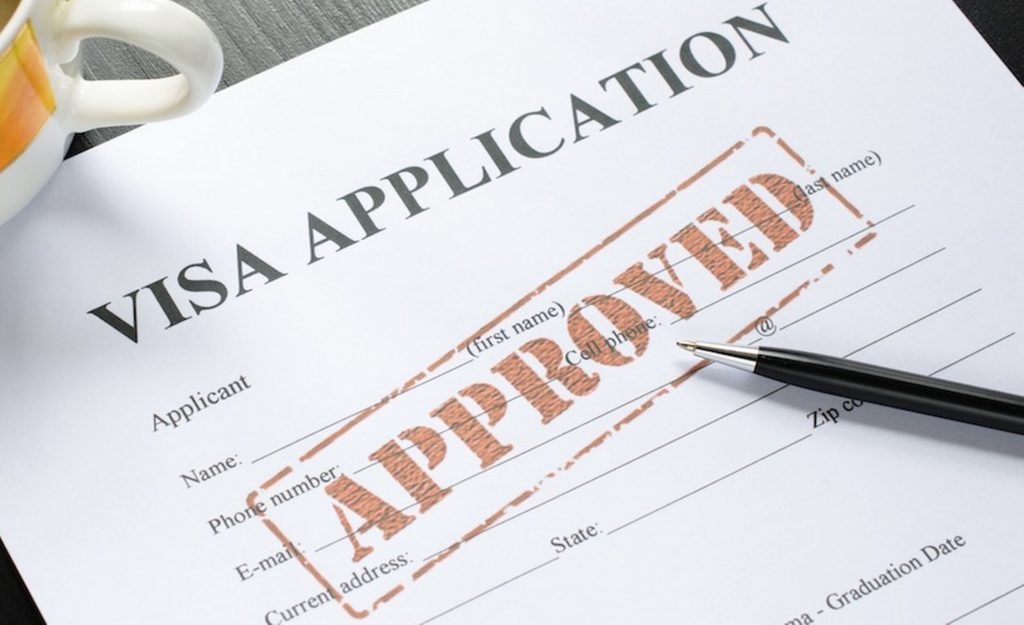 Jobs can easily not go to as planned. I remember recently when I was an Executive Assistant, my British boss moved over to Australia with his family. He lasted in the role 11 months and was unexpectedly asked to leave the company. Because he had been sponsored by the company he was working for, he had something like 30 days to find another job before his whole family would be deported back to England. The amount of stress this would have brought upon his family would have been difficult to say the least, especially for someone of that position on the career ladder. This was all down to the fact that he was being sponsored by the company. If he was sponsored by AUREC, it wouldn’t have been so difficult.

To break it down, you don’t necessarily need to be in a permanent role (so you can be on contract) AND you can move jobs as well with AUREC if you’re being sponsored by them.

I’ve met so many Brits who have had to resort to becoming a recruitment consultants, and as I’ve been told by them, it’s the most soul destroying job out there that they’ve been subjected to for 4 years with one company just so they could stay in Australia. Long gone are those days because with AUREC, if you get sponsored by them, you could even get a temp role and be able to move companies. In short, AUREC will sort everything out, you just need to tell them when you move companies. How amazing is that? To me, this is completely gold dust information! But, what jobs will enable you to get this amazing visa? This is the question I think so many people will be wondering, as one thing I never knew was you can get sponsored doing admin work. This is the thing about AUREC, they told me there were so many different ways to get sponsored, and you probably wouldn’t have any idea about it! Here’s some of the jobs they can sponsor below but best to contact them to see if yours in on the entire list!

So, if you’re wanting to move to Australia or you’re really stuck with sorting out your visa process, then drop AUREC an email here as they will be able guide you on what you need to do. Just tell them you found them through me and you’ll get it for FREE. Then if you need help with your visa or by getting sponsored by them, they will be able to give you an affordable quote. I have spent a long time trying to find the right migration company so here’s to saving you that valuable time in getting your move on the way!

Have you used a migration agent? If so, let me know what your experience was like below.