Is the Banksy exhibition in Sydney worth visiting?

Firstly I thought most of Banksy art work was constructed on buildings, on walls – you know, like on the streets in England and mostly around Bristol, his neighbourhood.

How was this going to work? Were they literally going to bring the walls over to Sydney to show us his work, or would I be going to a cashed in exhibition of some photos taken of the work?

We’ve seen some fantastic art exhibitions in Sydney before, but would The Art of Banksy live up to them?

The first thing that came to mind was the auction whereby someone recently spent $1.4m on his Girl With Balloon and it somehow shredded within seconds still hanging on the wall.

Was the artist in the crowd? Who knows.

Turns out a version of this print IS at the exhibition in Sydney. 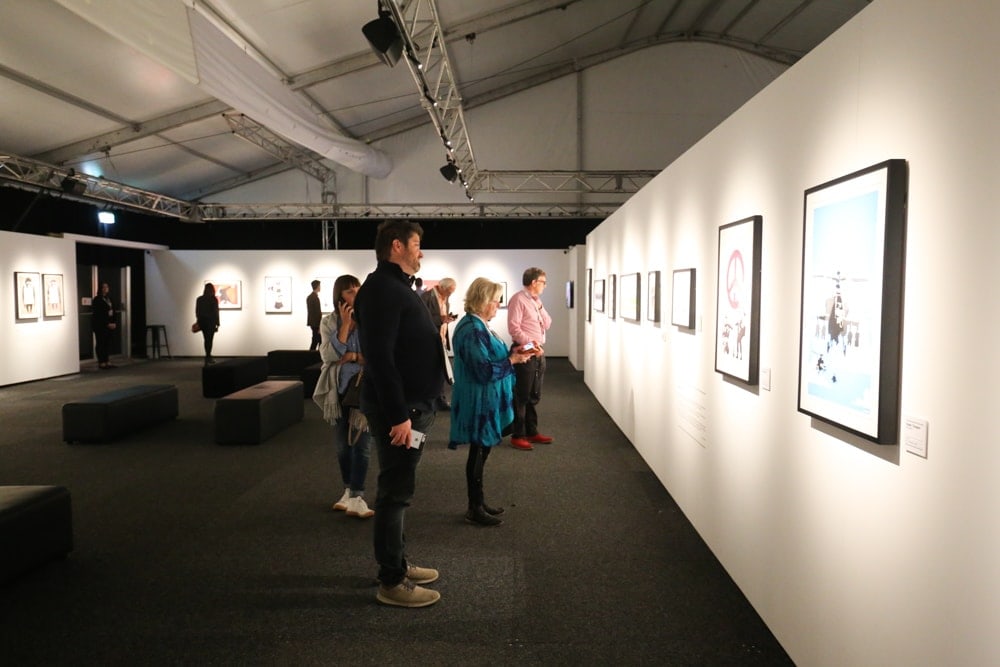 So as someone who’s remained anonymous and of course creates works to highlight his thoughts on politics, why would he put on an exhibition? Turns out he hasn’t.

His former manager, art dealer and photographer Steve Lazarides has been touring the world with 80 original pieces of Banksy street art from his own collection and of others for years.

This same exhibition came to Melbourne back in 2016 so it’s not anything new, but it is to Sydney. 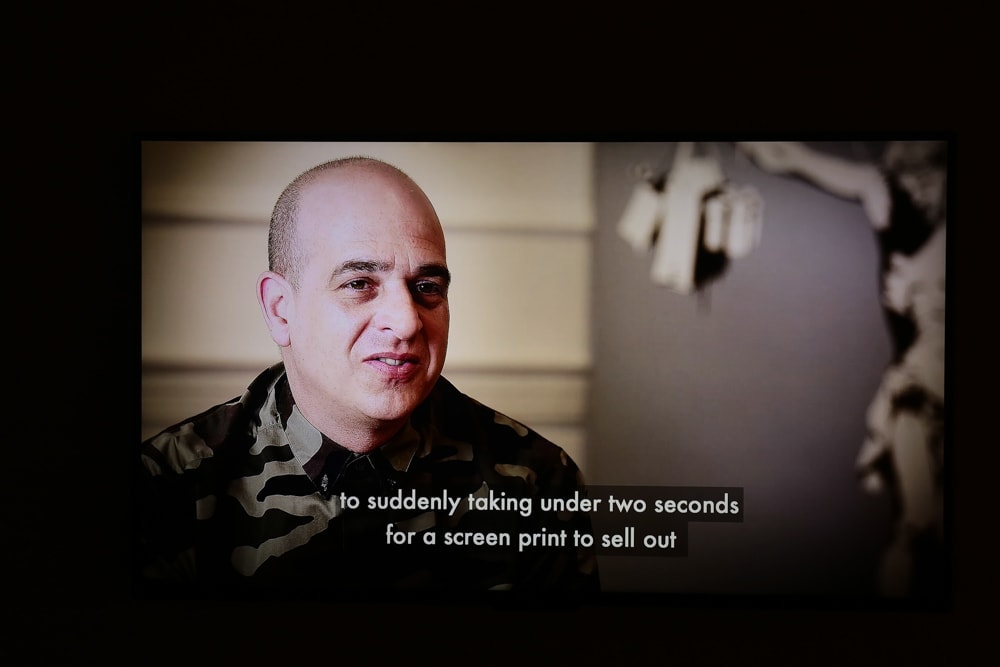 Steve Lazarides tells many stories at the Art of Banksy exhibition in Sydney.

Banksy and Lazarides used to work together on a magazine in Bristol and back then he was selling his canvases out of the back of his car in a pub carpark for a measly £50. (He did this because they didn’t want anyone coming to the studio). If this is what his art dealing duties involved then congratulations for really cashing in. Turns out he was selling them out of his car, just to make it difficult for people to want to buy them.

Lazarides remembers Banksy specifically saying ‘why would anyone want to buy art work from a nobody?‘.

When the two set up POW – Pictures On Walls – an affordable art collection for anyone to buy – Damien Hirst called up three times wanting to buy his work. Banksy thought it was a joke but turns out even one of the UK’s most well known artists of this century was ahead of the game before anyone else was.

The who is Banksy rumours 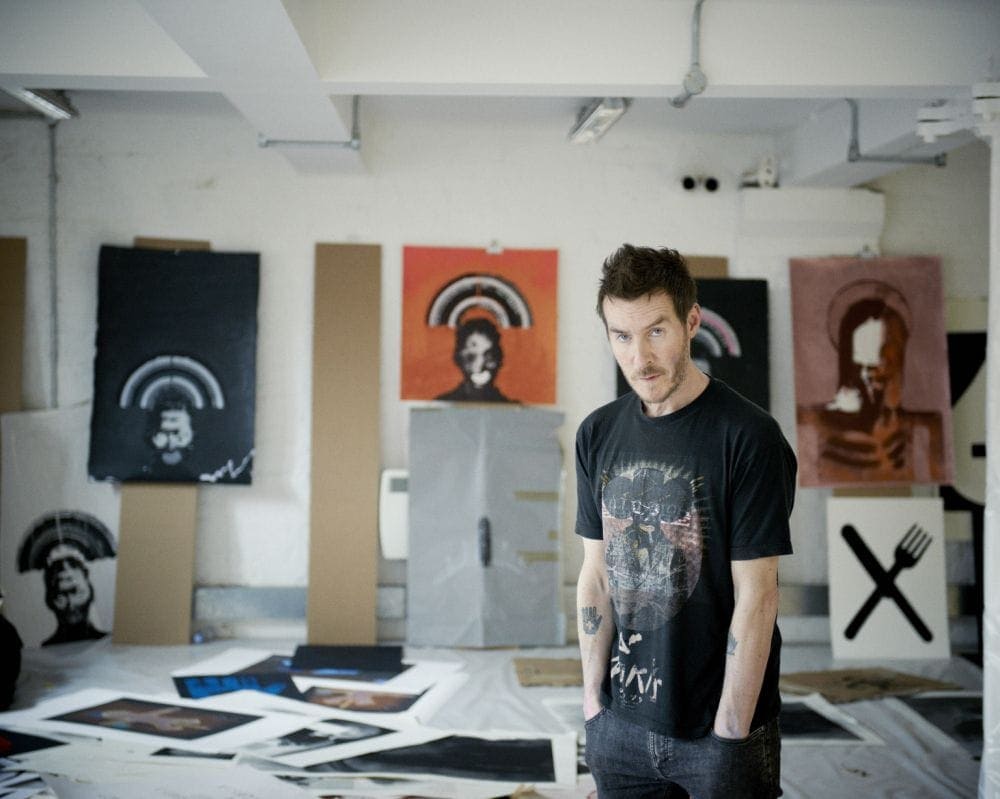 There’s been speculations for years about Banksy’s identity. We learnt in this exhibition that he kept his name a secret to avoid getting arrested by the police whilst he was our creating his street art.

But the joke kept on giving and now it’s become a famous thing that you wonder how has no one has revealed who is Banksy yet?

Some assume Banksy is Robert Del Naja, the frontman of Bristol’s most famous 90s band’s – Massive Attack. Could you just imagine? Makes sense you know. As a musician who once had fame, then realised that maybe he didn’t want fame anymore and becomes the biggest street artist in the world. That could be cool…

What to expect at the Banksy exhibition in Sydney 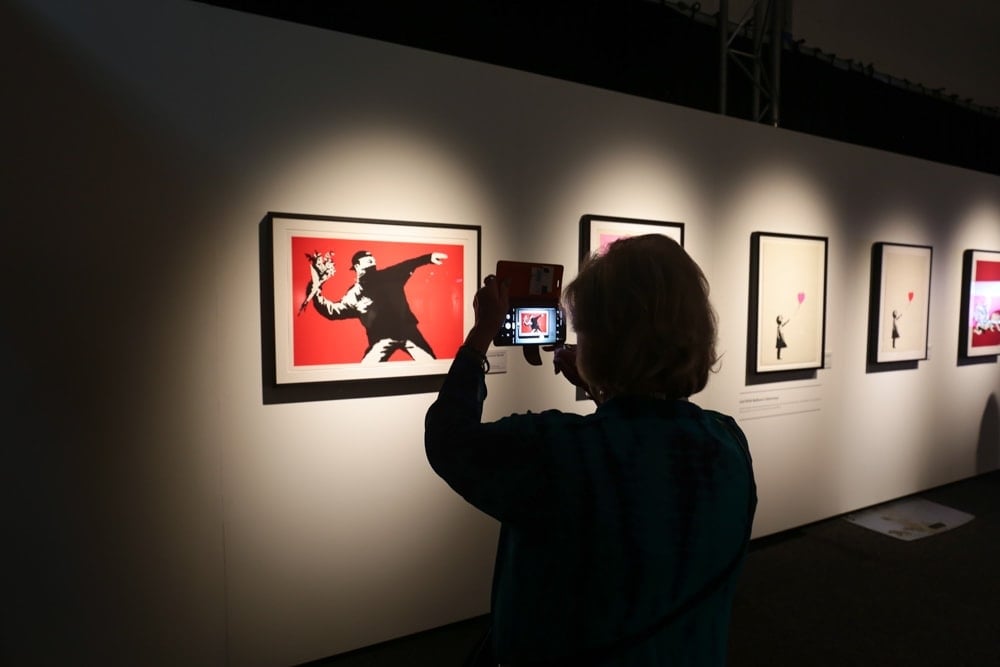 There are canvasses, screen-prints and sculptures dating from 1997 to 2008, a period during which the anonymous artist produced some of his most recognisable and best-known pieces. The show also provides a behind-the-scenes glimpse into the creation of Banksy’s artworks and process.

As Lazarides clearly states it’s an unauthorised exhibition – I wonder how many times he’s had to explain this? That’s probably because he and Banksy have not spoken in like 10 years. Lazarides openly admits Banksy is 100% against the exhibition.

I almost felt like I was cheating the artist by going to see his work. But why should I? And his ex manager has stated that his purpose for putting this exhibition on is because people would never have the opportunity to see it – and of course, he’s probably making a tonne off someone else’s career whether they like it or not. 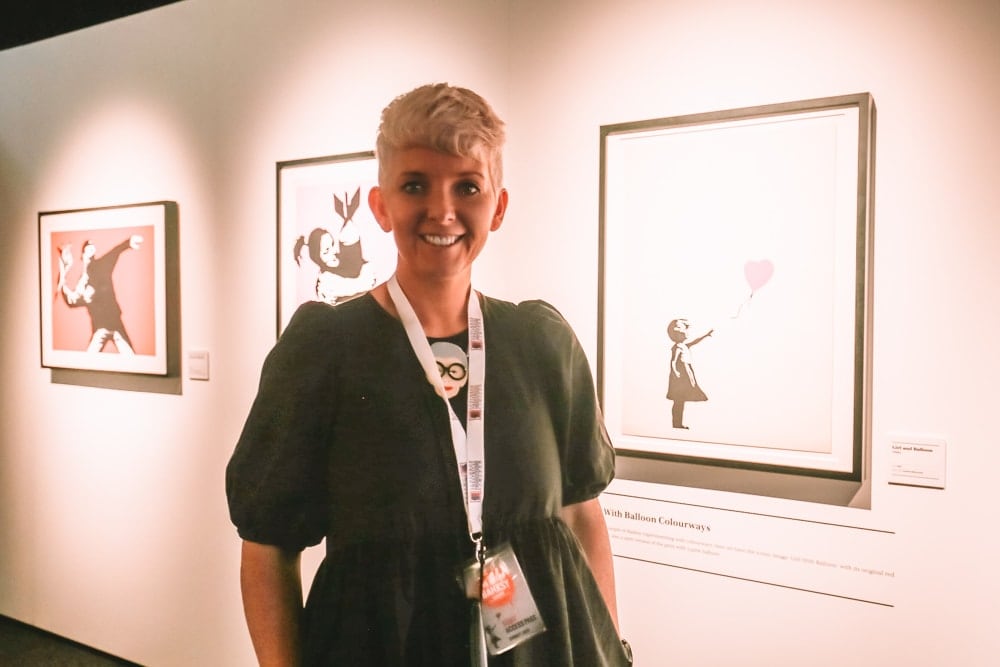 We were lucky to be invited along to the preview of the Banksy exhibition in Sydney, something we were both intrigued to see what it would be all about.

Located in Moore Park Entertainment Quarter in which can only be described as in a marquee, we wondered why it wasn’t in one of Sydney’s galleries as it seemed like a strange location.

But it turns out most galleries are still sticking by their word that street art isn’t worthy of a gallery space – even if it’s by the biggest artist of our generation.

And of course, the curator wanted to ironically build the gallery in a car park to make it more ‘accessible for everyone to visit’. 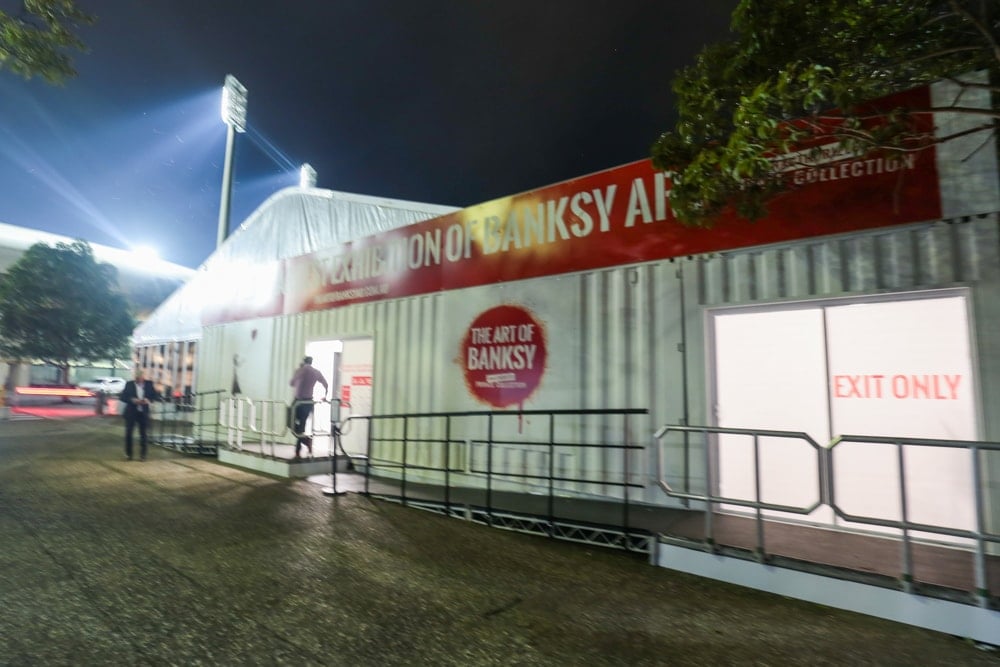 The space is large for the amount work on display, maybe it felt like that because we were at a preview and it wasn’t filled to the brim.

What you’ll actually see at the exhibition is mainly screen prints of his work, but you’ll also recognise a lot of them like a version of the Girl With Balloon, Rude Copper and Flower Thrower. Turns out Banksy got into creating work from using stensils because he could create work much faster. 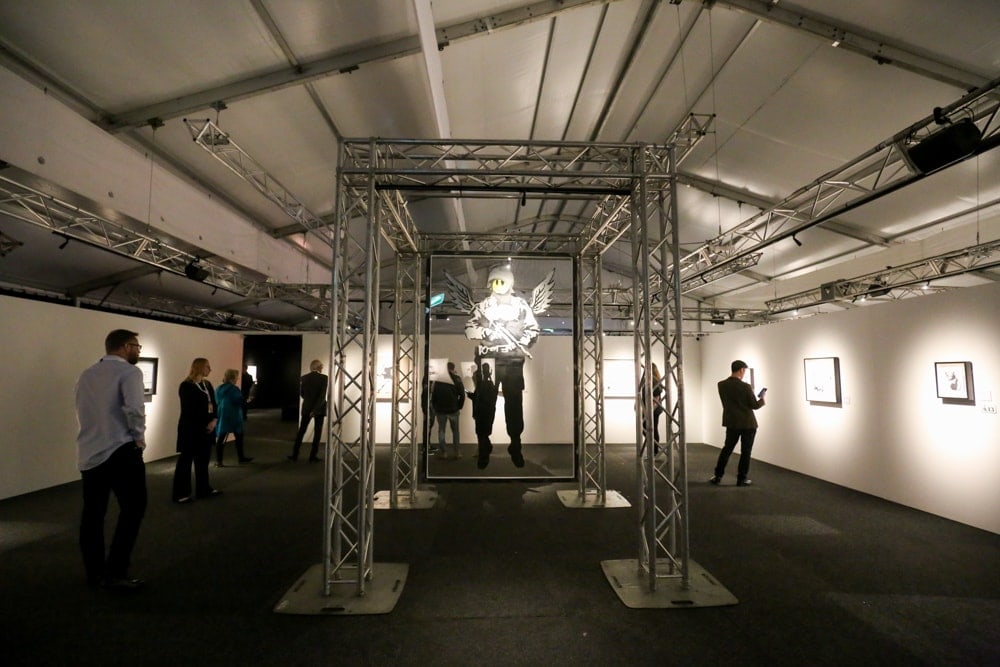 There’s also one painting on a small fake brick wall that’s now framed alongside a huge glass piece too, something that’s quite exciting to see a bit of variation in this exhibition. 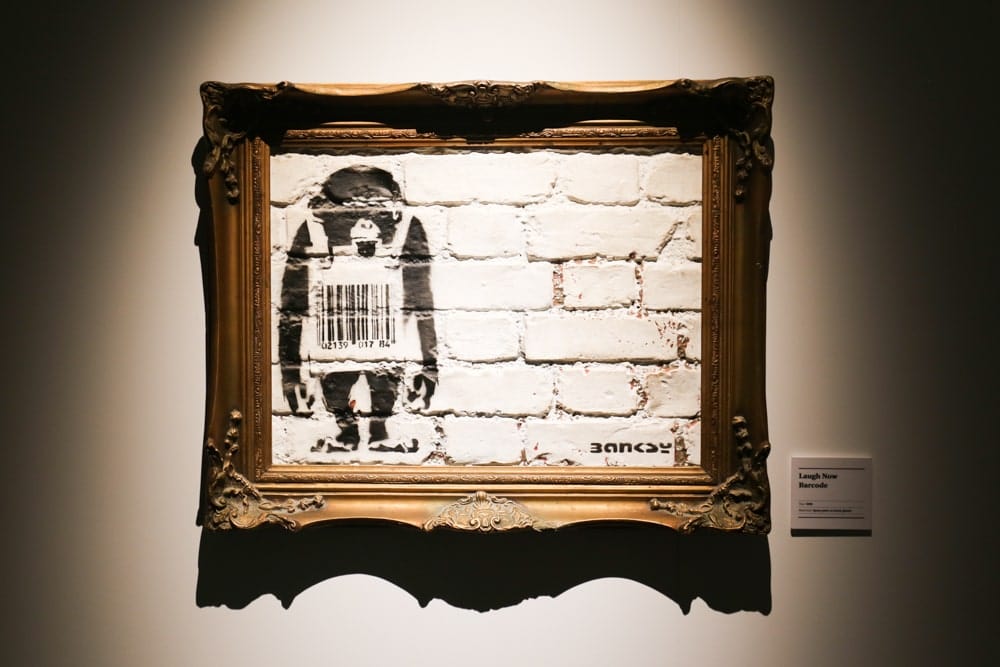 The Banksy pranks we never heard of 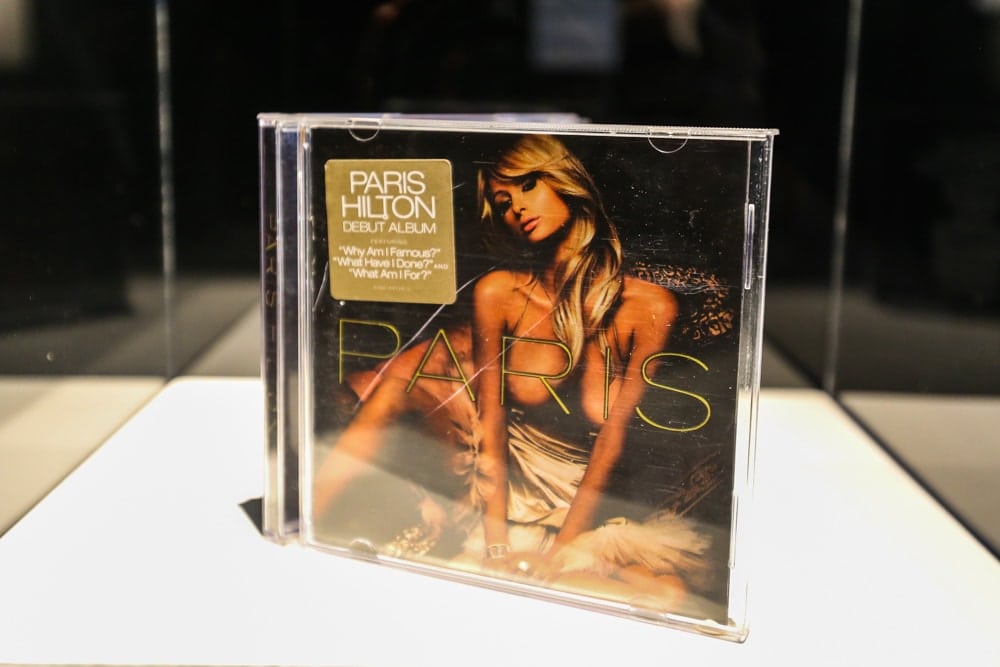 There are a few Banksy pranks mentioned in this exhibition that are kinda cool and funny.

One that stood out was the Paris Hilton prank.

When record producer Danger Mouse was sent her new album – you know she attempted a singing career, right? – he thought it was so bad, yet so funny he sent it over to his mate Banksy.

Turns out they decided to play a little prank on her.

When Banksy re-designed the album cover with her boobs hanging out and the classic sticker over the CD stating in quotation marks what’s supposed to be her songs. Instead it say’s ” Why am I famous?”  and ” What do I actually do?”.

Danger Mouse remixed the music and they sent in a load of shoplifters to a few HMV stores (sort of similar to JB HiFi) around England to swap the CDs. It was so subtle, I doubt anyone would have noticed it unless they looked at the CD in more detail. Genius.

We also loved the Princess Di £10 notes, but we won’t tell you everything about the exhibition because you should see it for yourself.

Is it worth going to see the Banksy exhibition in Sydney? 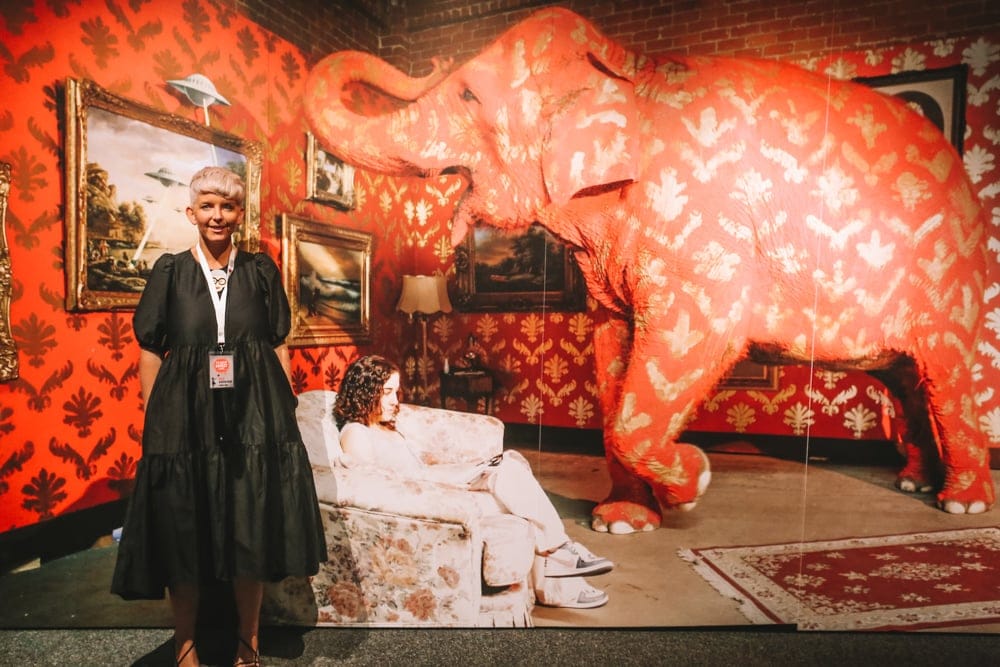 We were a bit sceptical about the exhibition and probably more intrigued to see what it was going to be about but to be honest, we actually really enjoyed it.

And the ironic twist at the end of the exhibition is you’ll lastly need to exit through the gift shop, something I’m sure was a deliberate move by Lazarides.

And before you ask, there are posters, tshirts and other pieces of Banksy merchandise you can buy before you leave.

How long should you spend at The Art of Banksy?

The Art of Banksy is at the Entertainment Quarter, Moore Park, from Friday 13 September – 1 December 2019. Buy tickets here.

Watch more about the Bansky Sydney exhibition below

Read more from us. 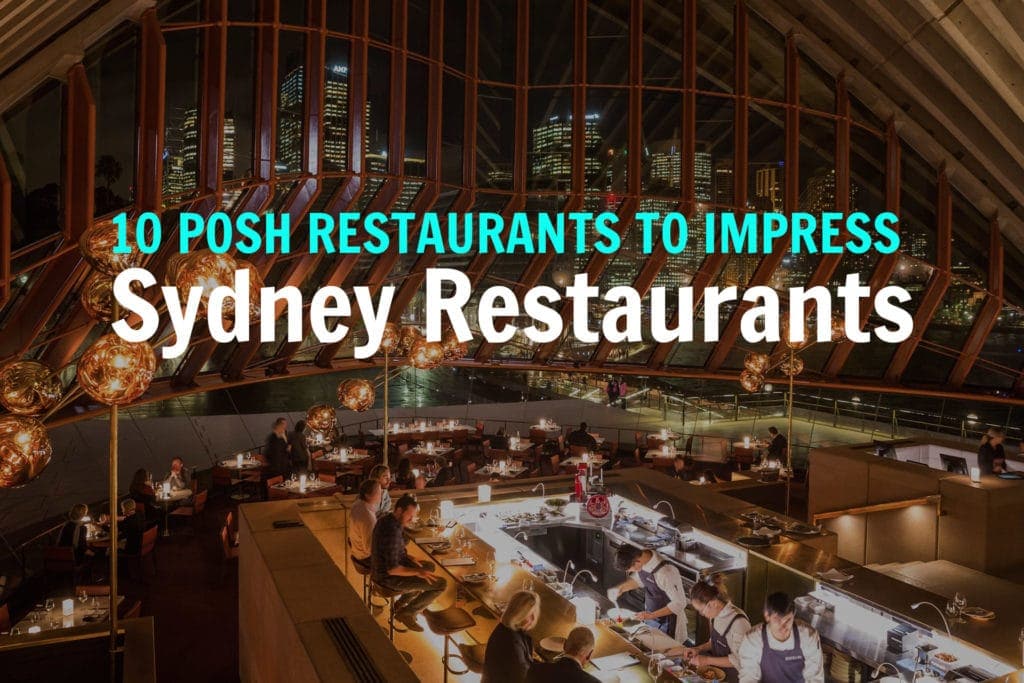 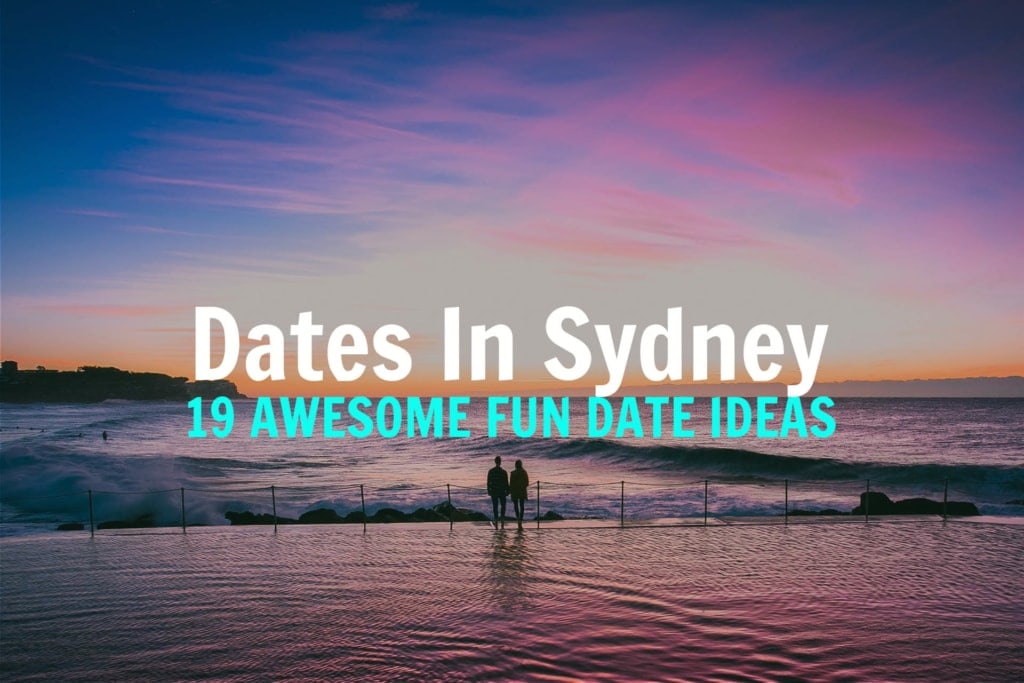 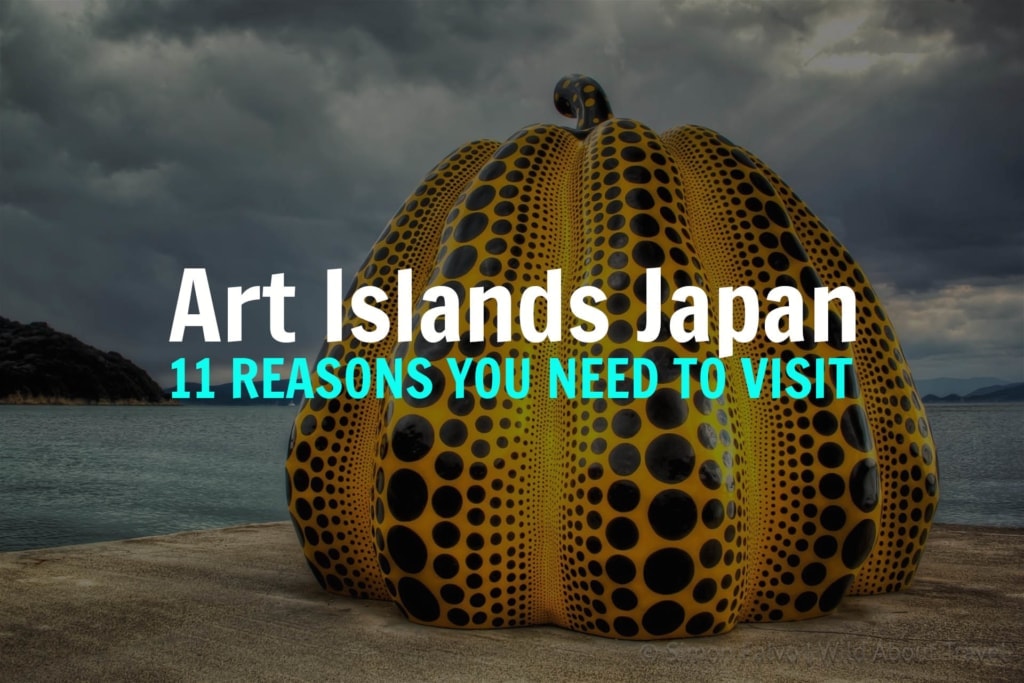 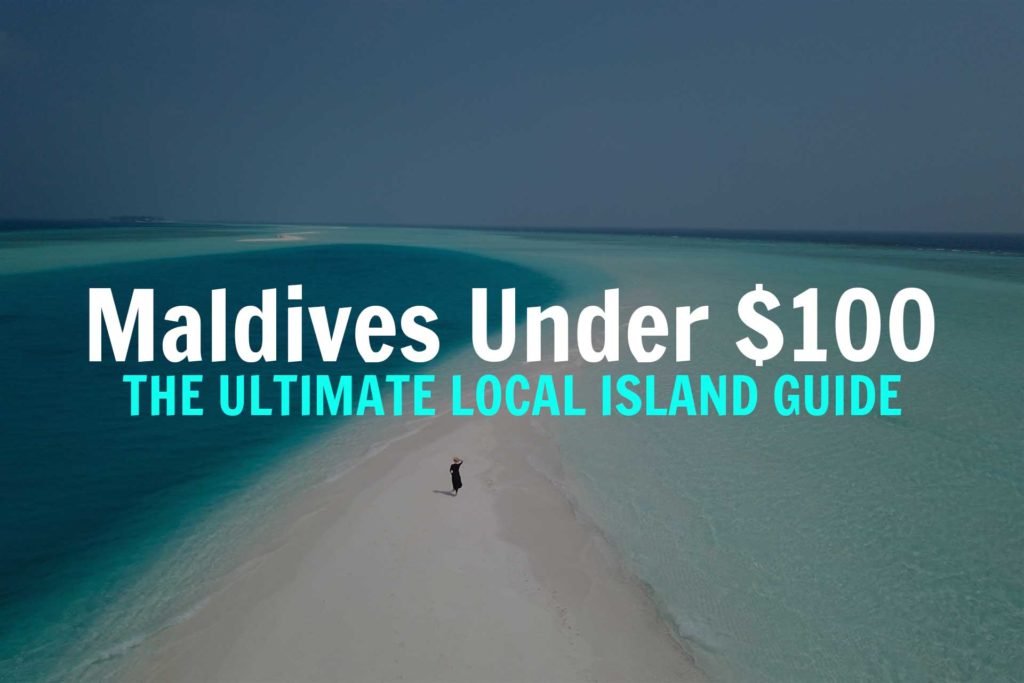 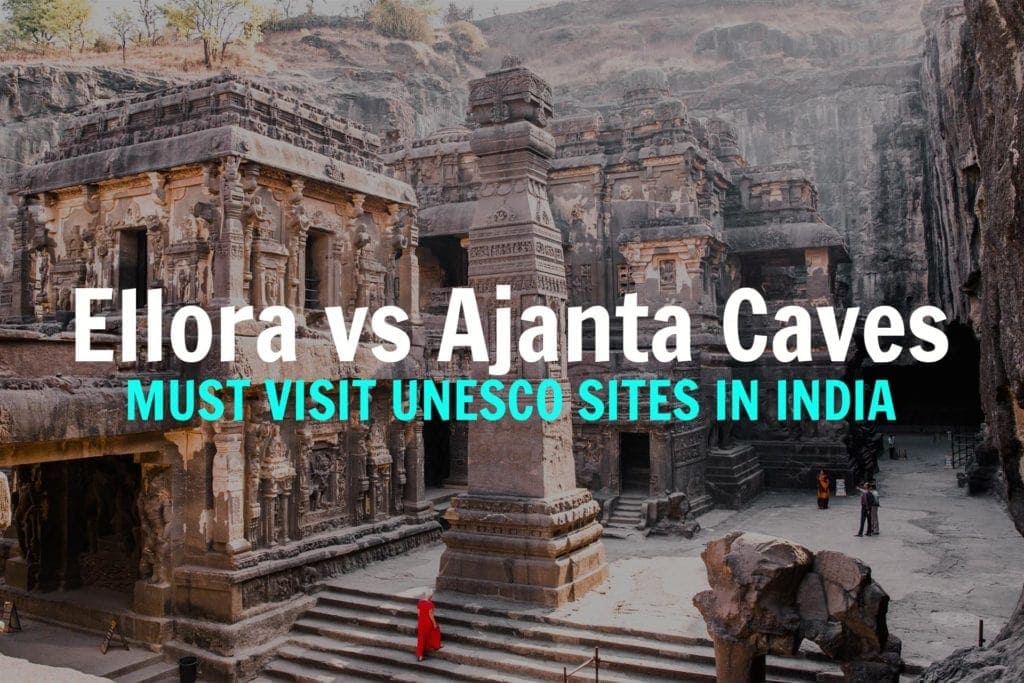 Looking for places to visit in Australia?

Check out our NEW shop! 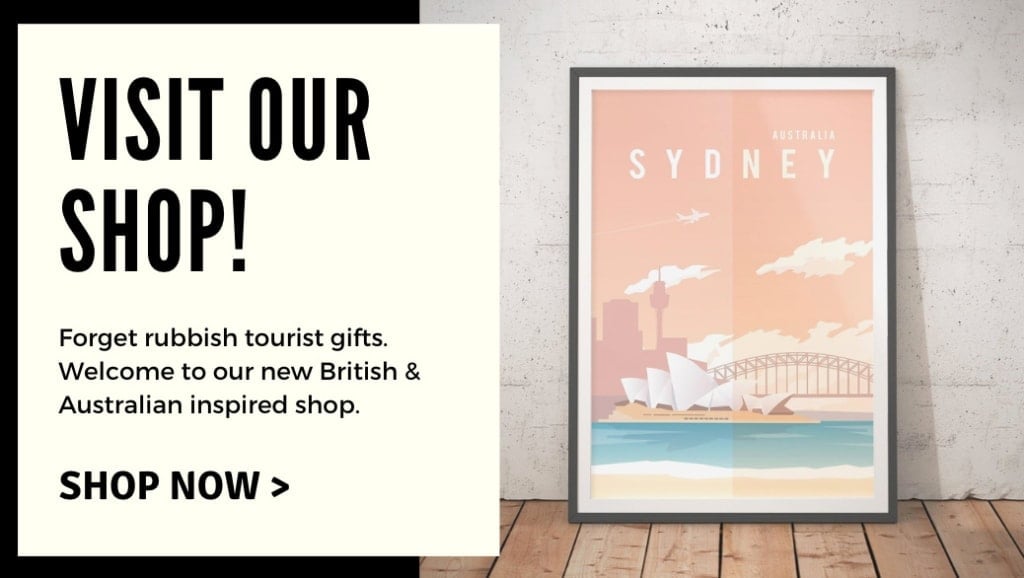 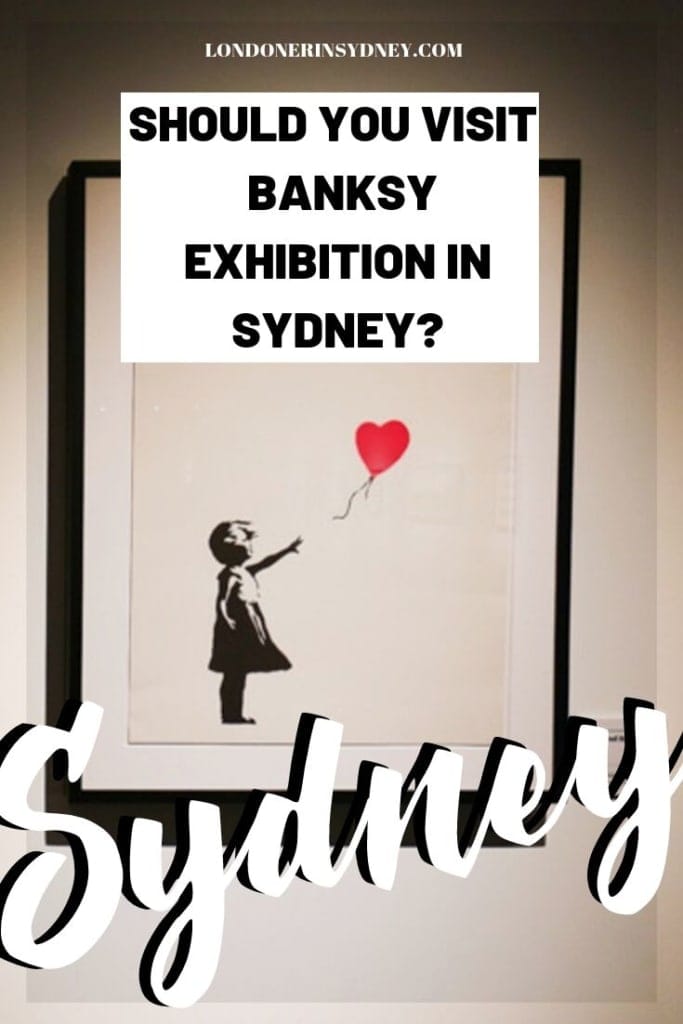