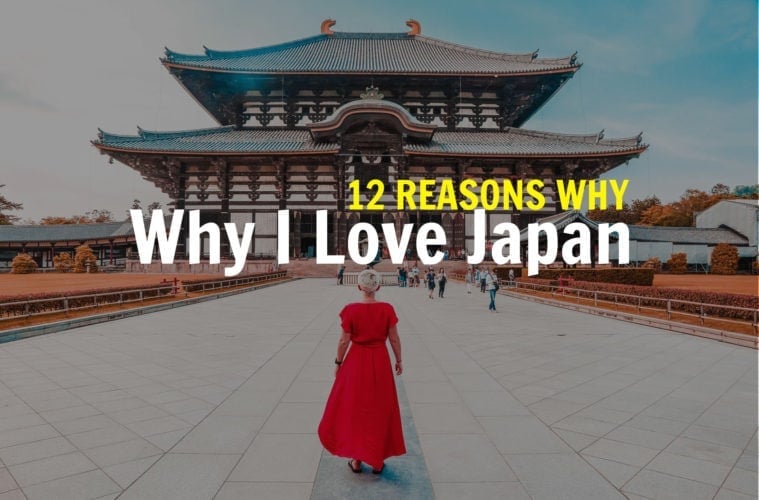 12 reasons why I fell in love with Japan

It seems to me that everyone I’ve met who’s been to Japan has come away saying it’s their favourite country. Japan has always been on our bucket list, but when we visited for 2 weeks in May, I was keen to know what the fuss was all about. I too became one of those people and fell hard for a country that’s like no other. Here’s the 12 reasons why I fell in love with Japan. 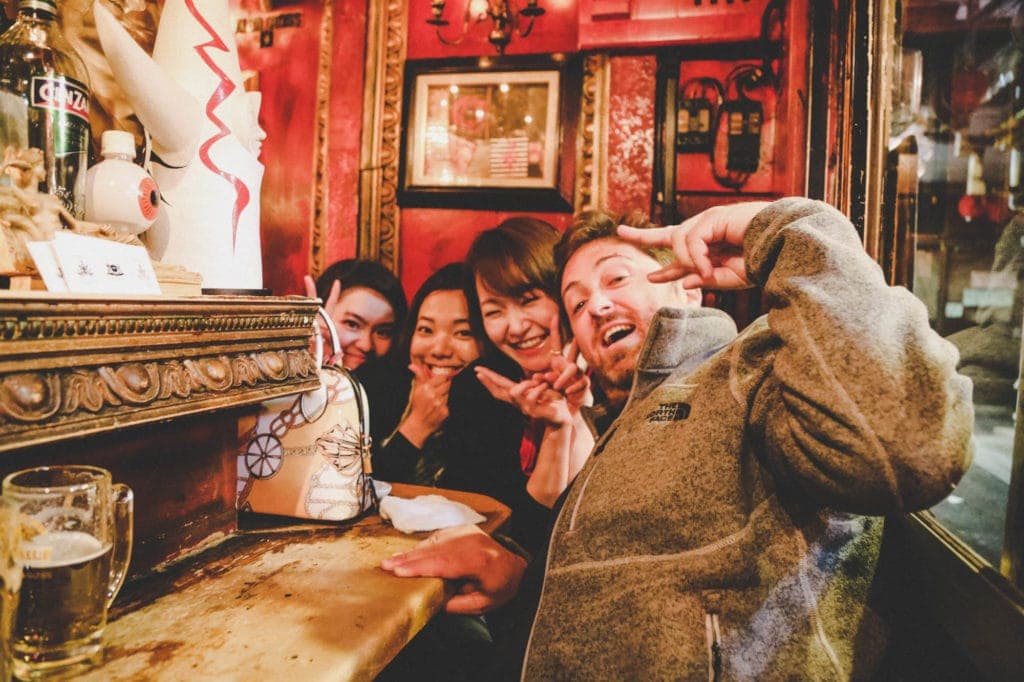 We chatted to everyone on our nights out in Tokyo!

The Japanese people are like no other. They are so polite yet hilarious. I couldn’t believe how so many locals get drunk most nights of the week and become those lovable drunk peeps that want to chat and hug you. When we went out a couple of nights in Tokyo, we had so much fun with the locals. Because they have to work long hours, a lot of people drink after work too. Even on the train back to our accommodation at 12am, it was packed full of people like it was a Saturday night, only it was a Monday. 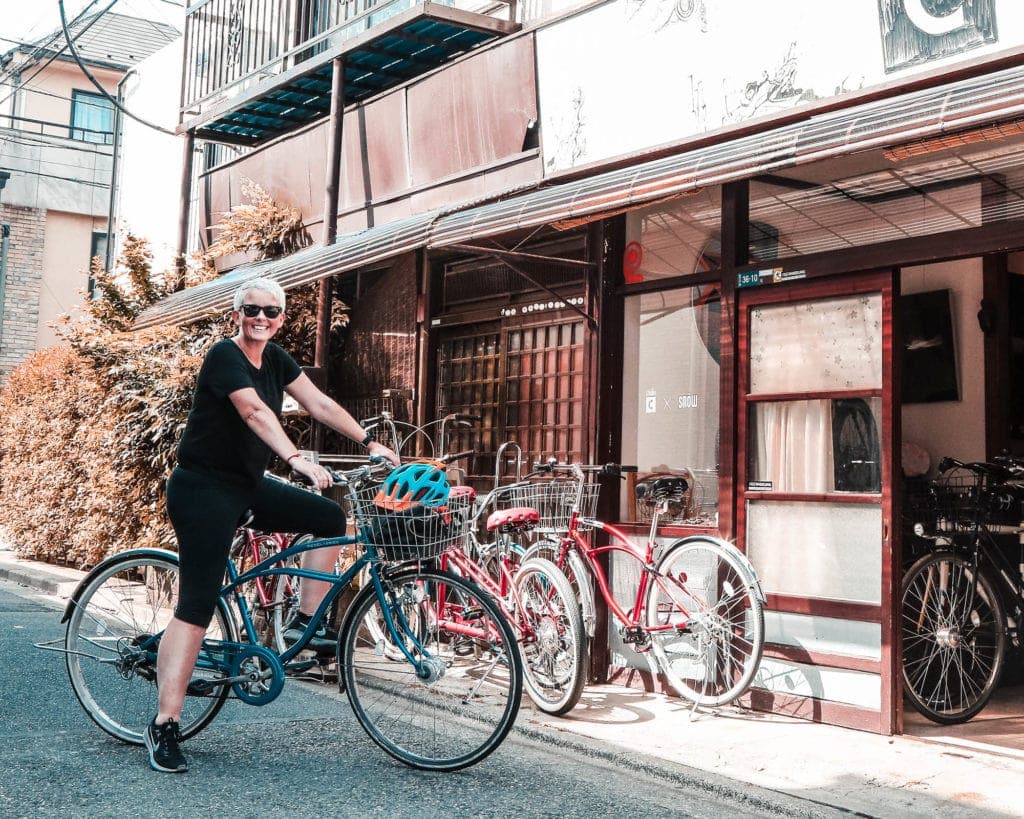 On our bike tour with Freewheeling.jp in Tokyo.

I also love how respectful Japanese people are. When we first arrived in Japan, we went on a bike tour with two American expats who’ve been living in Japan for a long time with their company Freewheeling.jp. We just parked our bikes up, left our helmets in the basket in front of the bikes and didn’t even lock them up. They said, this is Japan, people don’t take things that don’t belong to them. We couldn’t actually believe it.

I was even surprised to see vending machines outside everywhere. All I could think of was, if this was in Australia or England, these would have been smashed up ages ago. Most also spoke English too which I wasn’t expecting.

2. It’s not as crazy busy as you think 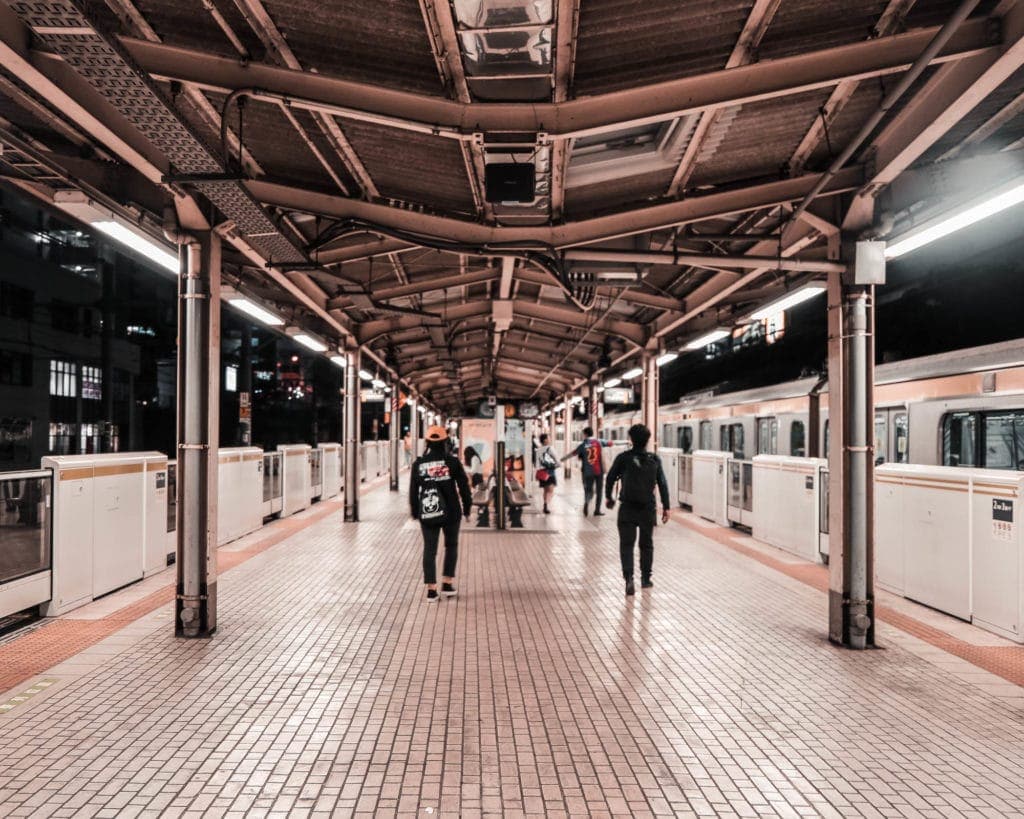 londoneThe stations weren’t as busy as we imagined them to be.

I was surprised how I wasn’t overwhelmed by the 35 million people who in Tokyo, the biggest city in the world. It honestly didn’t feel like many people lived in Tokyo as the streets were never that busy, even at Shibuya crossing. People also live in tiny housing so there’s not actually that many skyscrapers as you’d expect like in many other Asian countries. 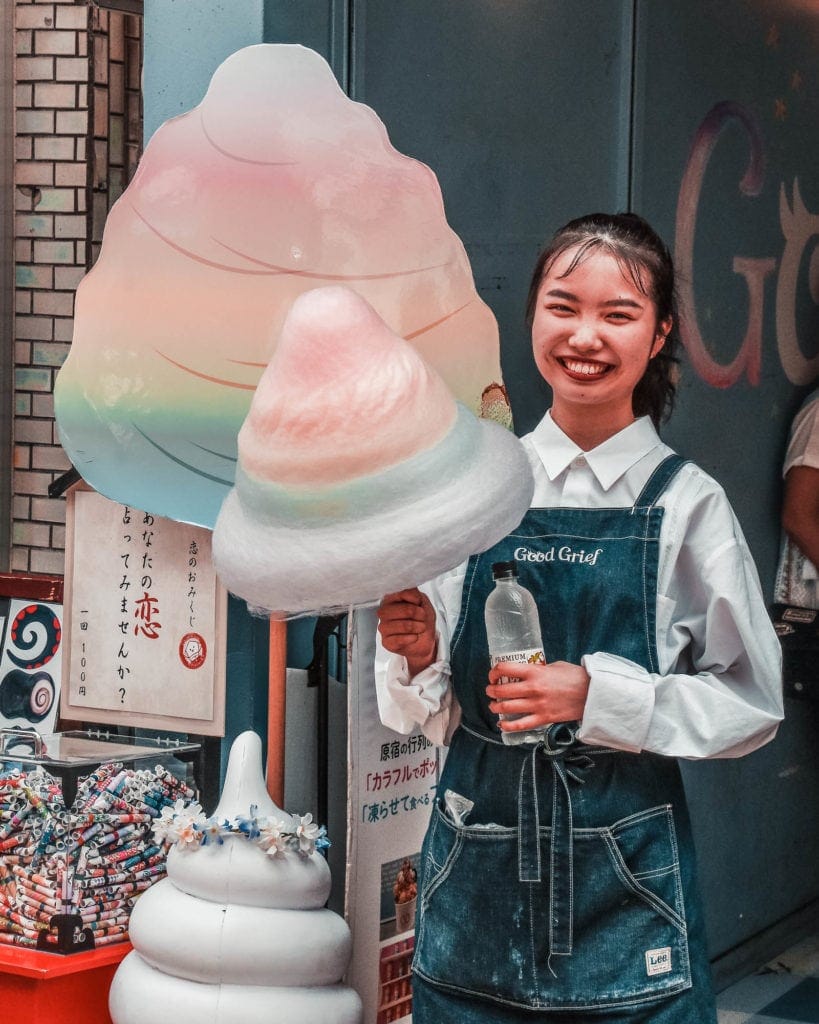 A local girl selling the famous candy floss in Harijuku.

It was so refreshing that there’s no tipping and they clearly count the change to give you so you’re not getting ripped off. It was complete change to most countries around the world and it took the hassle out of other trips we’ve been on. Japanese people are so polite, the idea of ripping someone off just wouldn’t cross their paths. 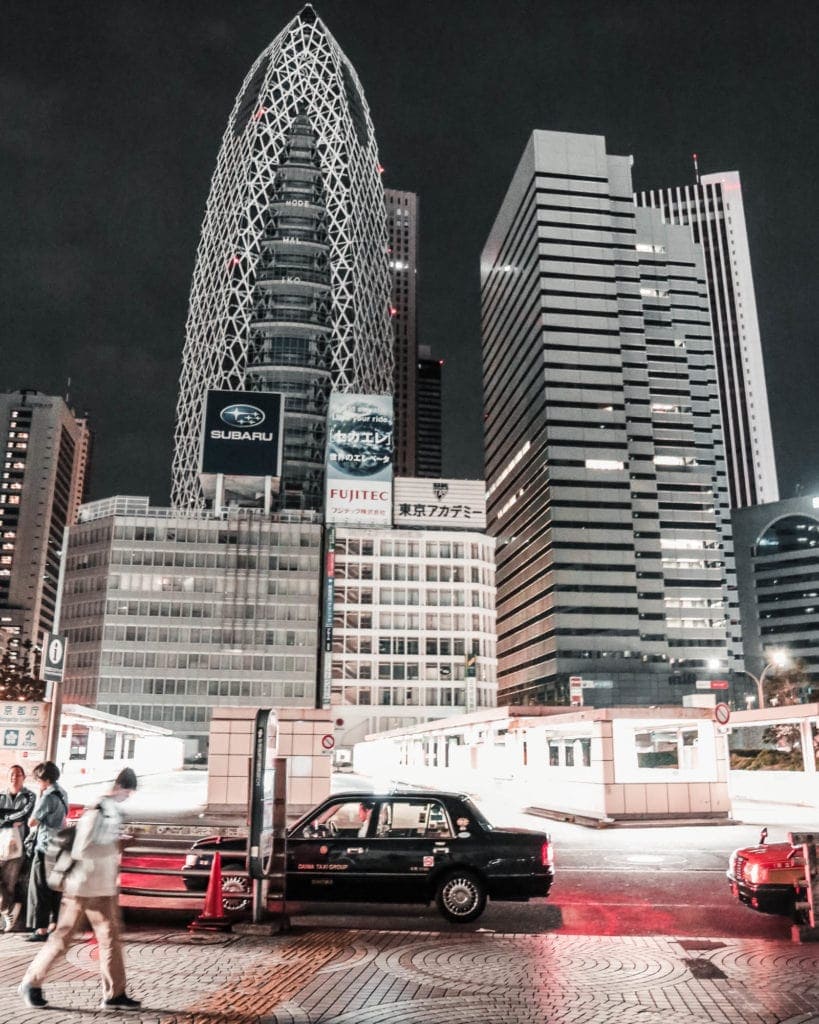 Taxi drivers are so proud of their jobs in Japan.

I love how proud the old men (because when most men retire, they turn to be taxi drivers aged 70+) were about their jobs as taxi drivers. With absolutely spotless cars, I actually thought they were police cars! They wear white gloves when driving and I love the electric door opening on every single cab we got into. 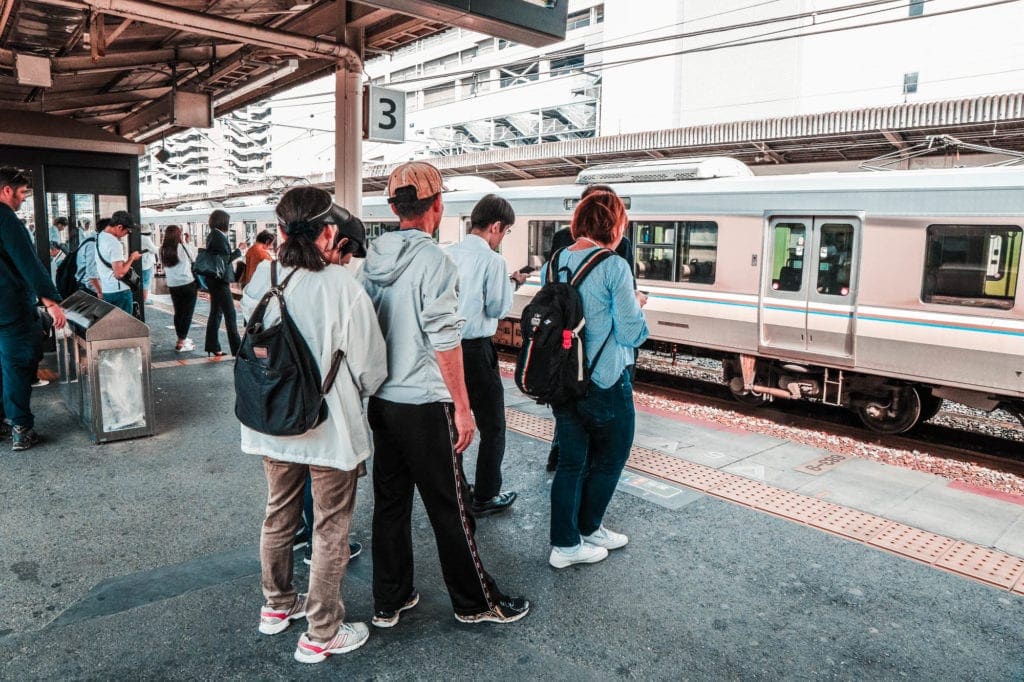 It’s so organised in Japan, people line up for the train door at the platform.

Japan’s transport system is a whole new world. Their innovative ways would make every other country want to come here to learn from the incredibly clean air on the trains, the efficiency as the trains all run on time, the spotless clean trains and buses, the computer screens on each train to show you where you are going (although navigating through the train system was a minefield at first), to how there was a system when you’d only pay for your bus ride at the end. I loved the complete order of the public transport, arrows to separate crowds from walking in two lanes like the cars, to painted lines on the ground so that everyone would line up in line to the door openings of the trains like in the picture above. The bullet trains are also whole new world and a must do experience. It felt like being on an awesome plane with reclining seats, foot rests, huge leg room and oval shaped windows to match of an airplane and they do go fast! 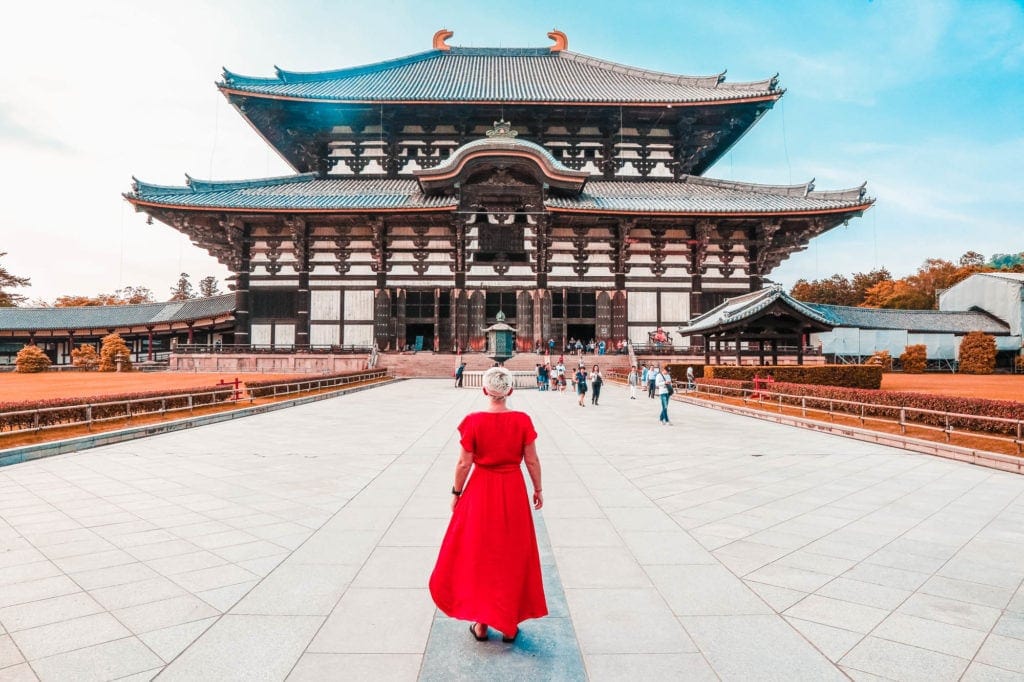 At the amazing Todai-Ji in Nara, near Osaka (the largest wooden Buddhist temple in the world).

It’s amazing to see a country filled with so much culture from the incredible temples right in the heart of the cities to being so advanced, they put the Western world to shame just with the transportation ideas I mentioned above alone. I also love how friendly the Japanese people are as well. Cycling to the Ninja Village near Kyoto.

I loved how clean Japan is, but not in a kind of this feels like a movie set kinda way (well, maybe a bit of Kyoto felt like it), but I love how respectful people are about not leaving rubbish anywhere. You couldn’t even smoke on the street, only in designated smoking areas like you were at an airport. There was also no chewing gum on the ground like you see in England. 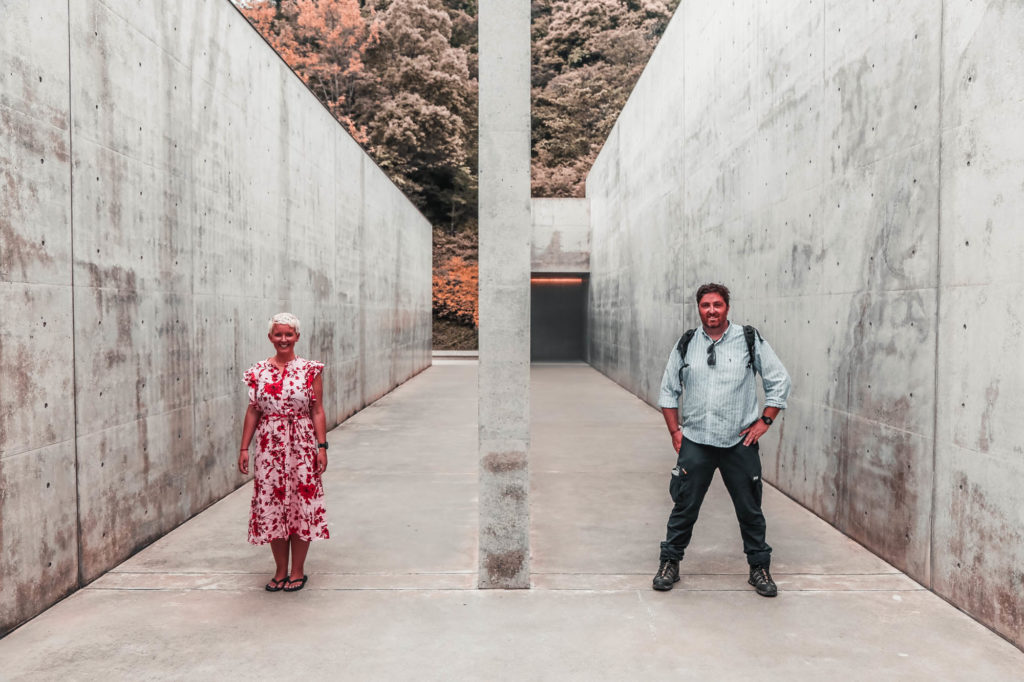 On Naoshima Island visiting one of the incredible art galleries.

One of my main highlights I loved about Japan are the art galleries. From visiting the awesome galleries in Tokyo to the incredible art islands of Teshima and Naoshima, I was utterly inspired by every single one of them. I also wish I booked in advance to visit the Yayoi Kusama gallery too which we missed out on.

9. You can actually do Japan on the cheap 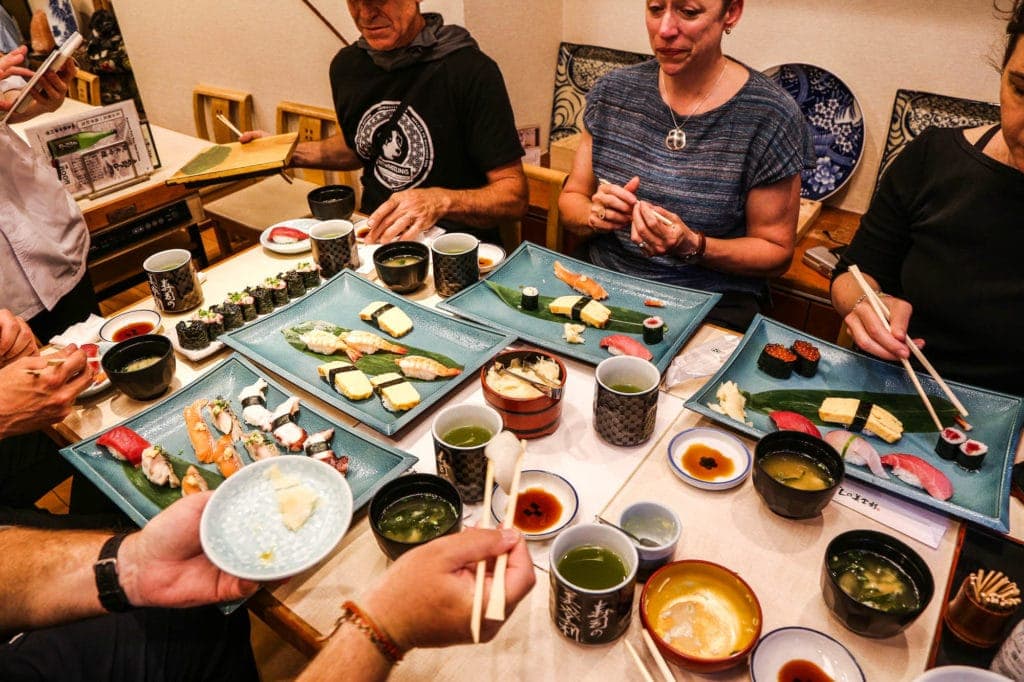 We found out about the incredible Midori Sushi, one of the best inexpensive sushi restaurants in Japan.

We had to eat mostly at 711 because food was expensive in Japan which was fine but after two weeks, we were over it. Sushi is incredibly expensive (we’re talking at least AU$30 for a small plate in a restaurant) unless you go to the awesome Midori Sushi.

The airbnb’s we stayed in were awesome and organised that you can self check in so you don’t need to coordinate timings. They were good value (between AU$50-$80 a night), clean and we had no problems whatsoever at all.

Get $55 off your first airbnb booking here.

We spent a lot of time just walking around so we didn’t spend too much money and we did a lot of novelty things like going to the hedgehog cafe which was like AU$20. The only things we splashed out on were the Ninja Restaurant (AU$250 for a 5 course meal for 2) and the Art Islands (each gallery had a fee to get into so it mounted up quite quickly).

The train pass on the bullet train is pricey but worth it (we paid AU$350 for a week) but what we found is when we went to USA after Japan, it was actually cheap in comparison. USA was a whole new level of expensive compared to the Aussie dollar. 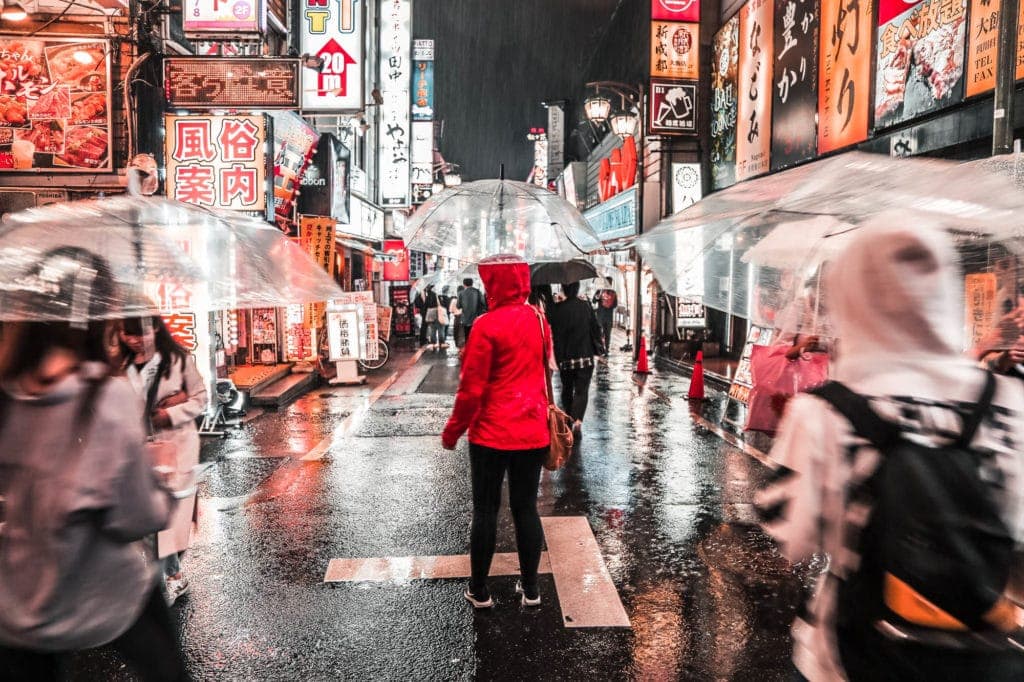 Out in Shinjinku during the rain was absolutely magical.

How on earth can Tokyo look beautiful in the rain? Yes it does. I love how everyone uses clear umbrellas, another total no brainer so you can see where you are going. When it rained for us, it poured so much but I couldn’t help but get my DSLR out and just take photos because there’s something just so beautiful about the rain against the bright lights in Tokyo. As a Brit, it’s not something we tend to love, but I really loved it when it rained in Tokyo as it had a Bladerunner, futuristic feel to it. 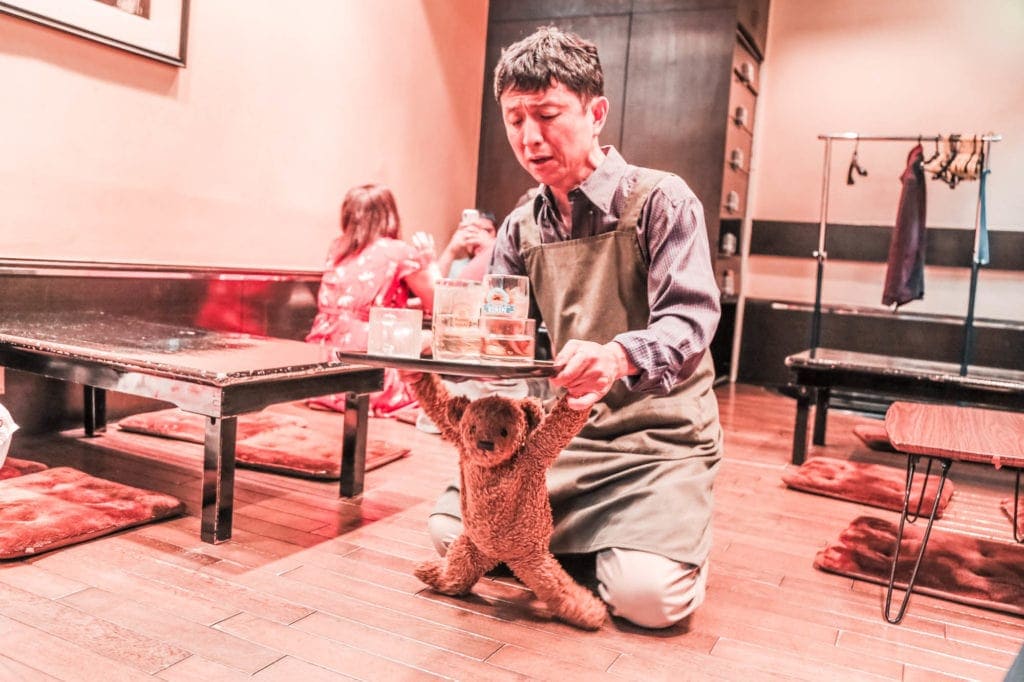 How many times has a teddy bear brought you drinks before? At Kagaya Restaurant, Tokyo.

We tried to see as many random things as we could in Japan, from the Robot Restaurant, a Ninja Restaurant, hedgehog, cat and owl cafes, a restaurant ran by a one man show who entertained us with a teddy bear bringing us drinks called Kagaya, to a barbie doll trying to chat up steve, it was brilliant, to going for food and meeting other locals on restaurants and bars big enough to fit about 4 people in, to going to a maid café and finding the whole experience completely bizarre, to dressing up as a Ninja at the Ninja Village to how on earth anyone can sit in one of the pachinko games centres and not going insane with the noise –  I just loved how completely weird, yet brilliant the randomness of Japan is.

12. How there’s something for everyone 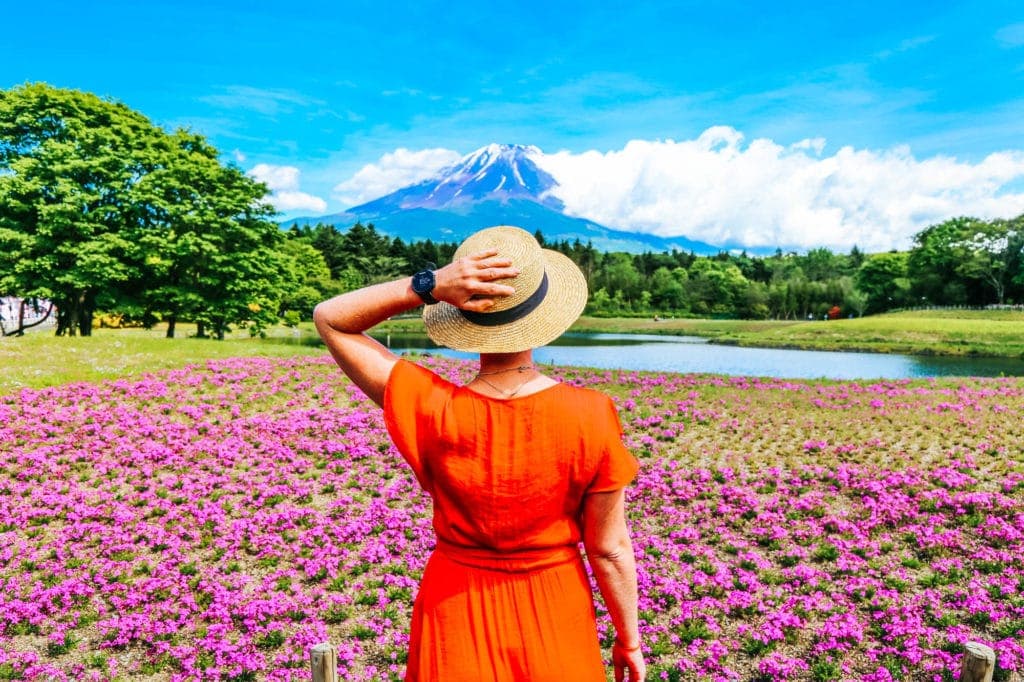 Overlooking the beautiful Mount Fuji is a must see in Japan.

I’ve never met anyone who didn’t like Japan, hey everyone who’s been there has always told me it’s their number 1 country. Why? I think it’s because there’s literally something for everyone in Japan. From the incredible temples and history to explore, to the complete and utter randomness, I doubt you’ll find anywhere else in the world I mentioned above, to the beautiful countryside (especially near mount Fuji), there’s so much to see in such a small country, I’d be surprised if you left Japan not enjoying it.

There are so many things I love about Japan but these are my favourites. It’s a country honestly like no other and I’m so glad I was able to visit. If it’s not on your bucket list, it really should be.

Want to save this post for later? Pin it here!

If you’ve been to Japan, tell me what did you like about it?

Have you read my other posts on Japan yet?

16 things you absolutely must visit in Tokyo

Is the Robot Restaurant in Tokyo worth visiting?