When the most famous acrobatic circus, Cirque Du Soleil comes to town, it’s something you know you can’t miss out on. I have never been to a Cirque Du Soleil performance before, so when I found out KOOZA was coming to Sydney, I knew I had to go. 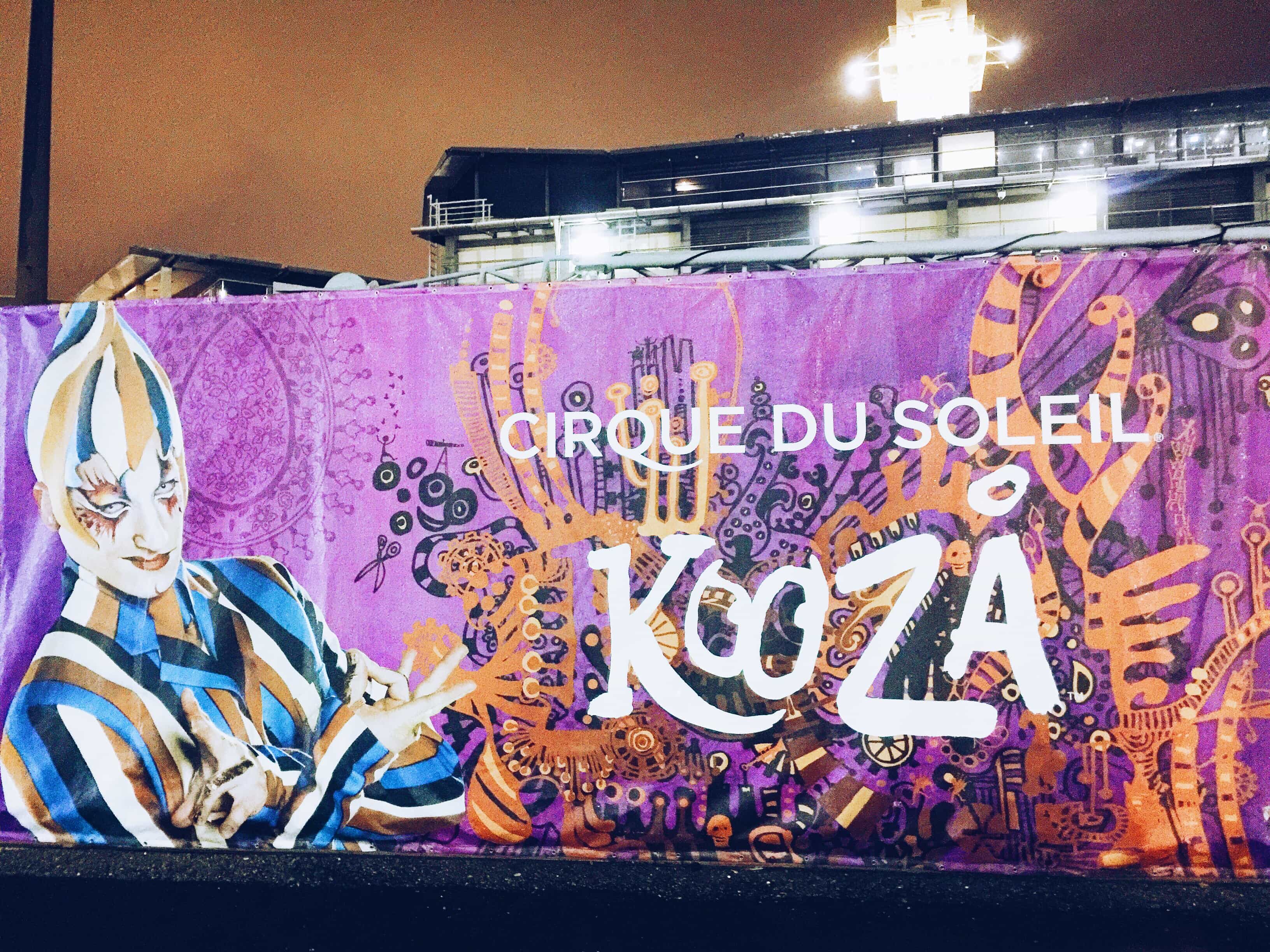 Currently based at The Entertainment Quarter in Moore Park until 13 November (it then heads to Brisbane and Melbourne), the 2 and a half hour performance was both entertaining and mesmerising. This version of Cirque Du Soleil brings the fundamental human elements of circus and combines incredible acrobatic performances that are just mind blowing. Since Having recently learnt about using your core and body strength since I started F45, I am astounded by the performers’ core strength. Imagine pedalling a bike on a tight rope whilst supporting someone else on another tight rope? You can understand that they spend 8 hours a day training for each performance. Not the best image, but you get the idea…

I was lucky enough to be invited backstage after the show to meet the cast and crew. What I didn’t know about Cirque Du Soleil is that nearly 15 million people have watched one of their shows in 2015 and over 160 million since they started in 1984. 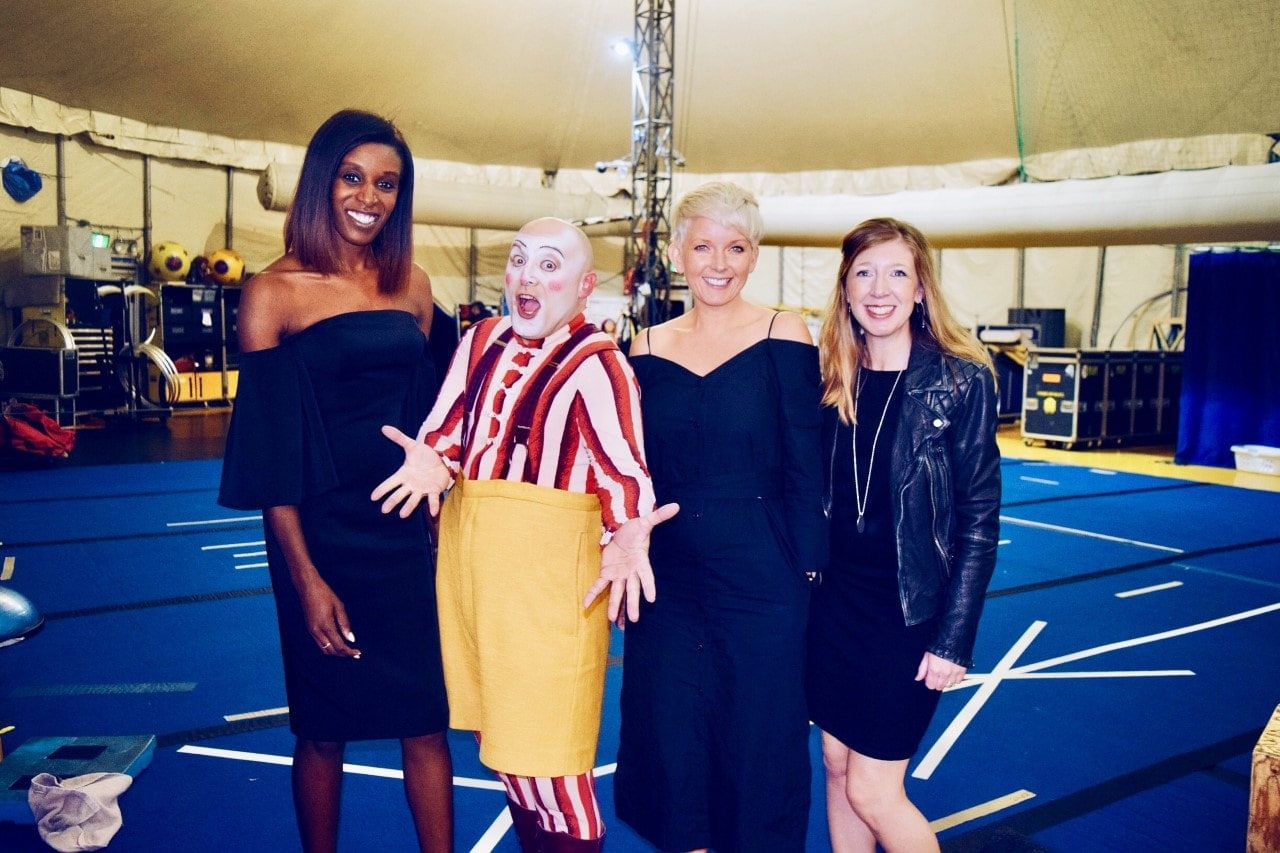 Hanging out with the performers and fellow bloggers Mamastylista and MeeruStyle

We learnt that the majority of the 120 cast and crew were from Russia and were fortunate to meet the costume designer, Marie-Chantelle Vailancourt who created a wardrobe that alludes to Alice in Wonderland, Baron Munchaüsen and the Wizard of Oz. Many of the costumes have an illusion of various materials like the contortionists’ costumes feature what looks like metal chains but they are actually made of elastic so that they do not cause injury to the performers (see below). 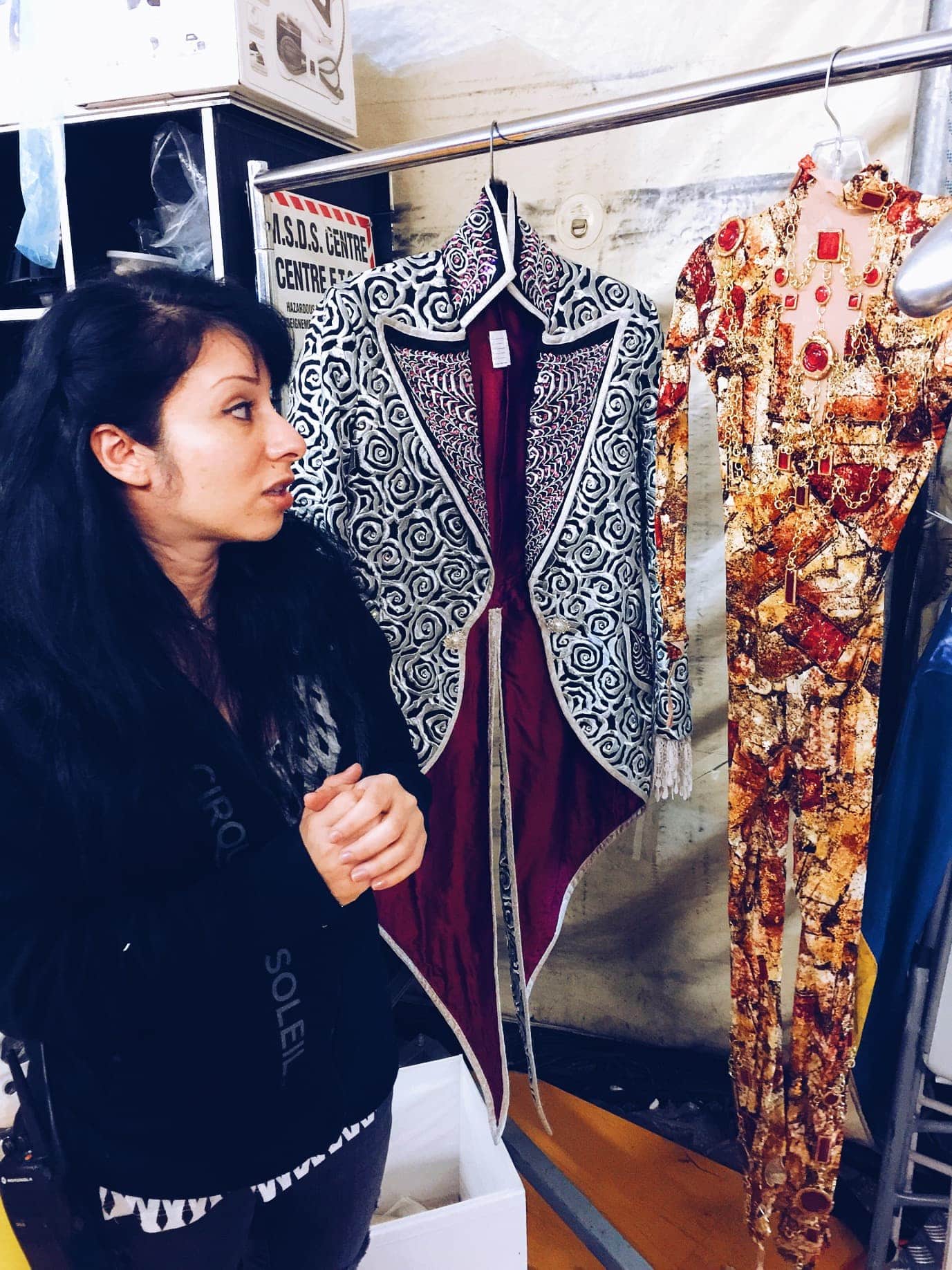 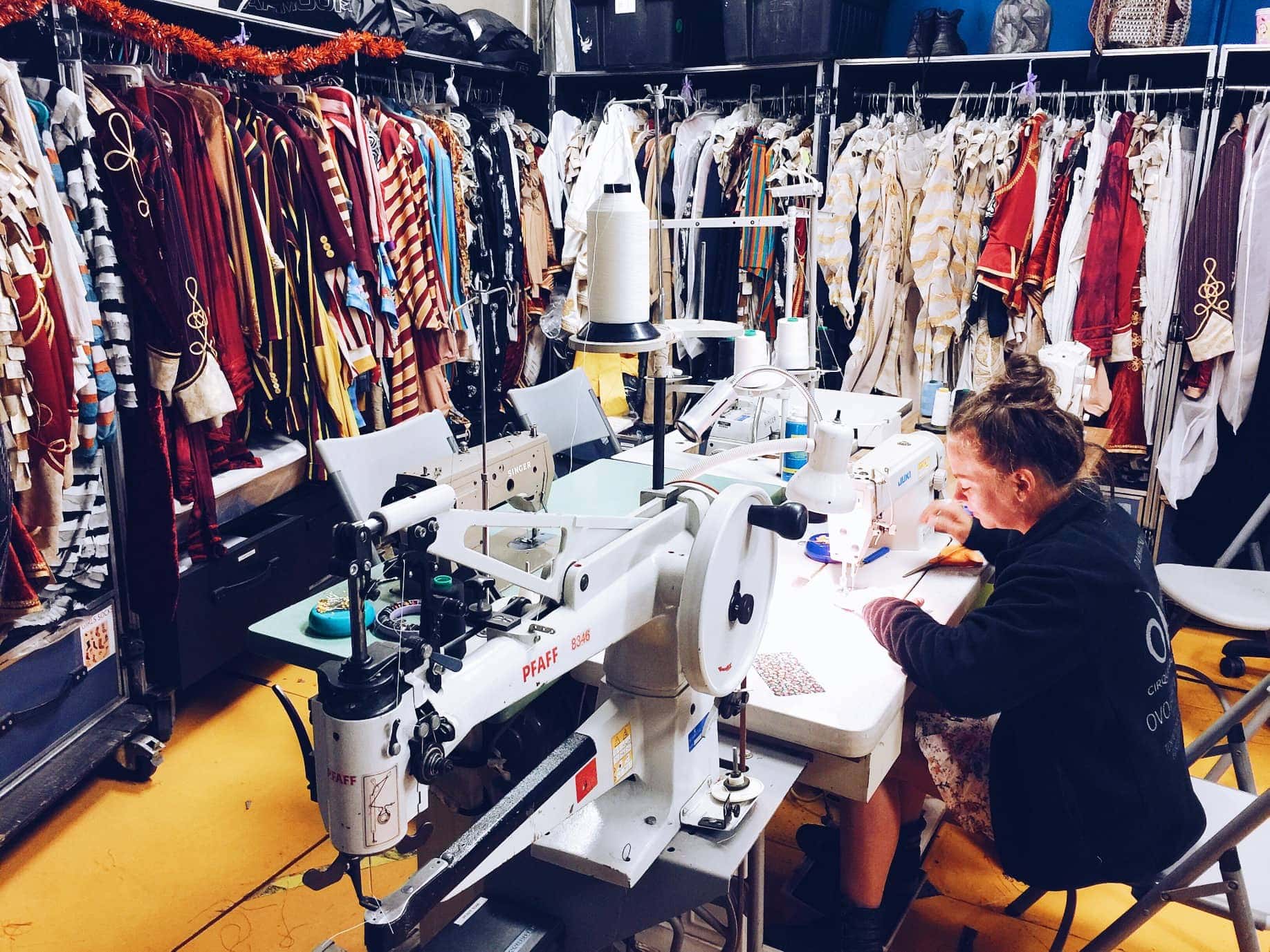 We also met the physio who was from Leeds, UK who told us stories about different cities they’ve performed in around the world, as well as some of the cast and we got to see some of the props and costumes. They even had a gym backstage which didn’t surprise me due to their workout schedule. 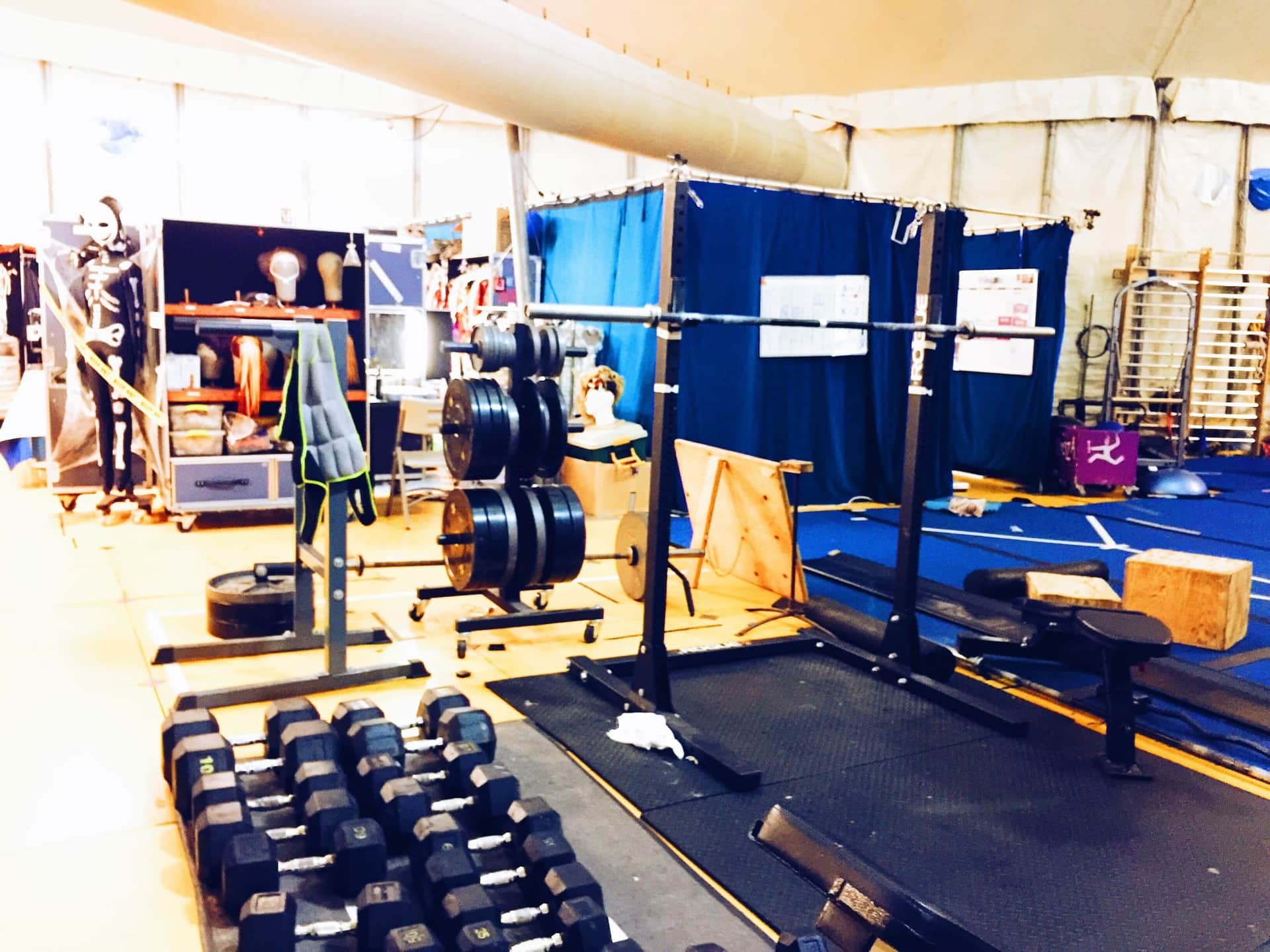 What I really loved about backstage was being able to see that the cast and crew really felt like a family. The whole set up is like a village complete with dressing rooms, a kitchen and restaurant for the staff and all I was thinking was what a job these guys have – performing the most incredible show every night around the world. 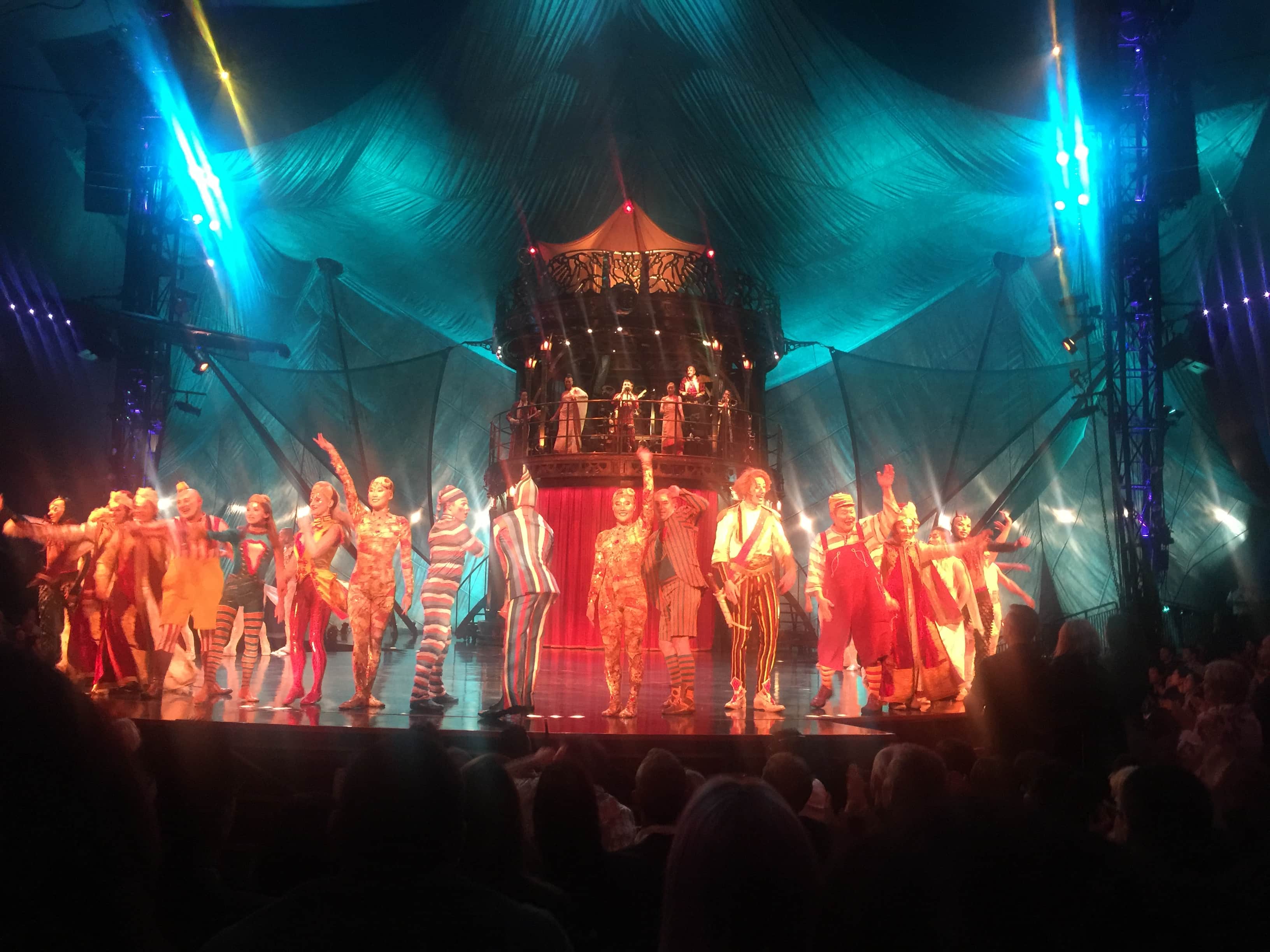 This show is perfect for a date but also a brilliant family night out and I couldn’t recommend it any higher!

Here are the dates for the show: