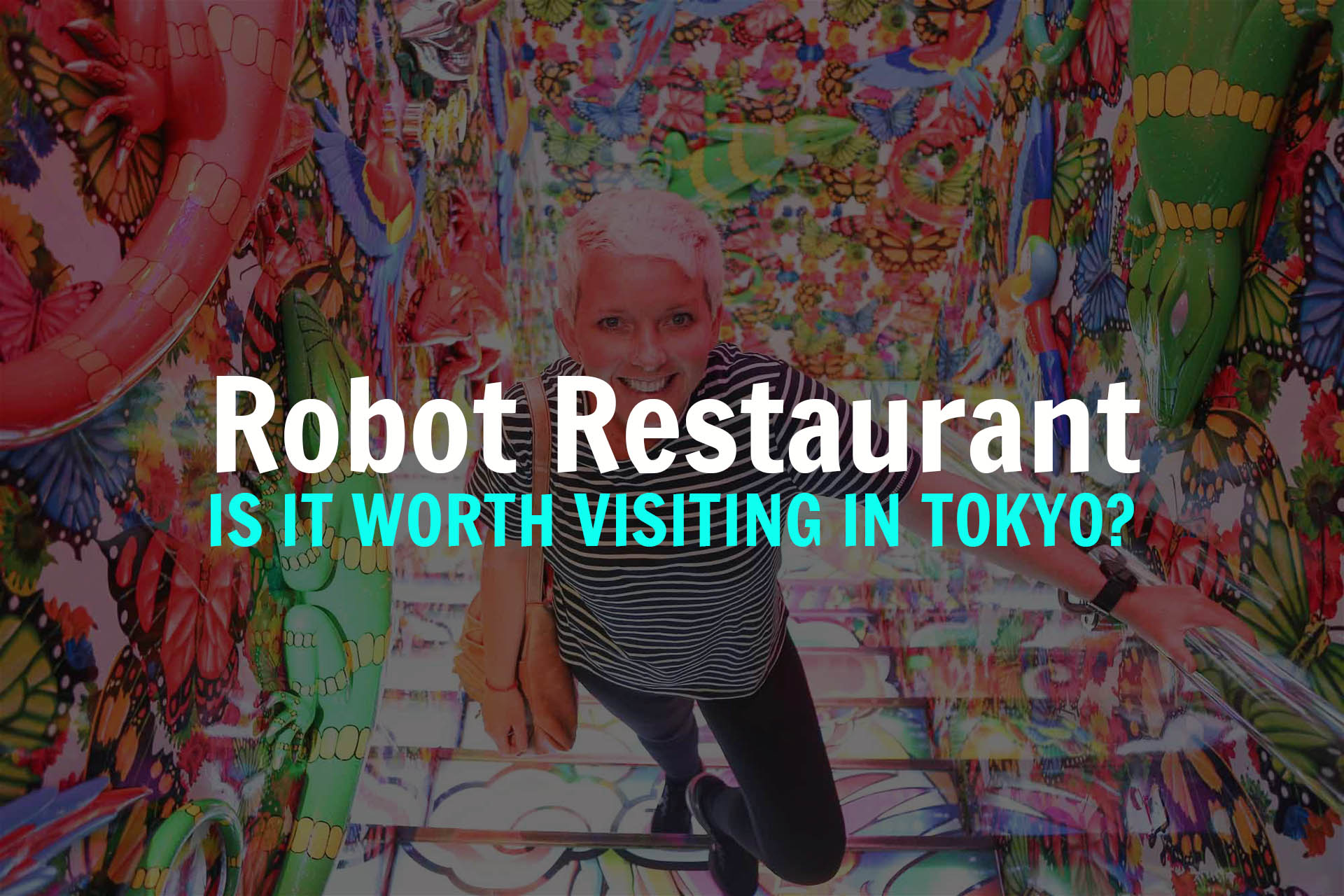 Is Robot Restaurant in Tokyo worth the hype?

Off to Japan for the first time and wondering whether you should go to the Robot Restaurant in Tokyo? We thought the same too.

We wanted to do all of the craziest things to do in Tokyo and read that this Japanese Restaurant was one of the top experiences. But we had so many questions like what is the Robot cafe in Tokyo? Is it actually a restaurant or a show or a bar? Anyways, we here to tell you what this Tokyo restaurant is like and whether you should actually go to it.

For AUD$100+ each, it’s not cheap so here’s the lowdown about everything you need to know before visiting the Robot Restaurant in Tokyo.

What is the Japan Robot Restaurant in Tokyo? 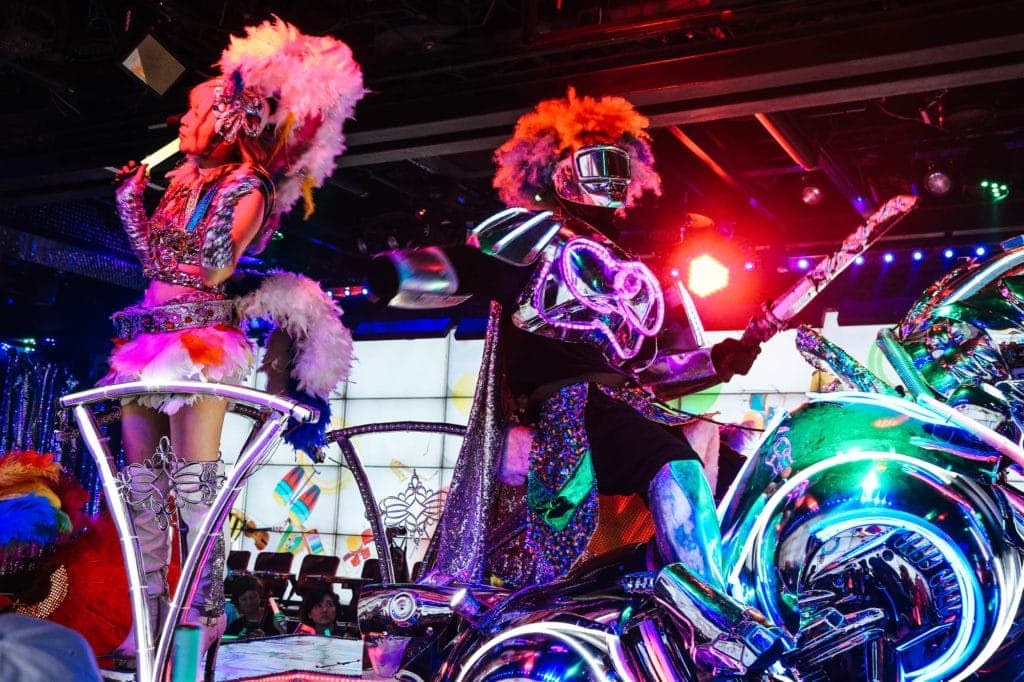 Firstly, it’s not actually a restaurant which is utterly confusing. The robot bar in Tokyo is a show so you don’t need to order food. Personally now knowing what it’s like I can say don’t bother to buy any food there – it’s literally just overpriced bad Westernised fast food.

The Tokyo Robot Restaurant is a show performed to tourists in the touristy area of Shinjinku and sort of looks like a fun fair ride from the outside.

I had read from another blog that they wished they’d left dinner for after the show as there’s many places to eat in the area. I can confirm they are right.

Why do you need to arrive an hour early at Robot Restaurant in Shinjinku? You have to arrive an hour early because they put all the tourists in a room (which is actually pretty amazing) to watch a dressed up daft punk looking band to perform songs and buy drinks from the bar.

The room is actually spectacular but from what I could see, it’s almost like a waiting room. When we were lead down to the show, the staircase on the way down was incredible and a big highlight. 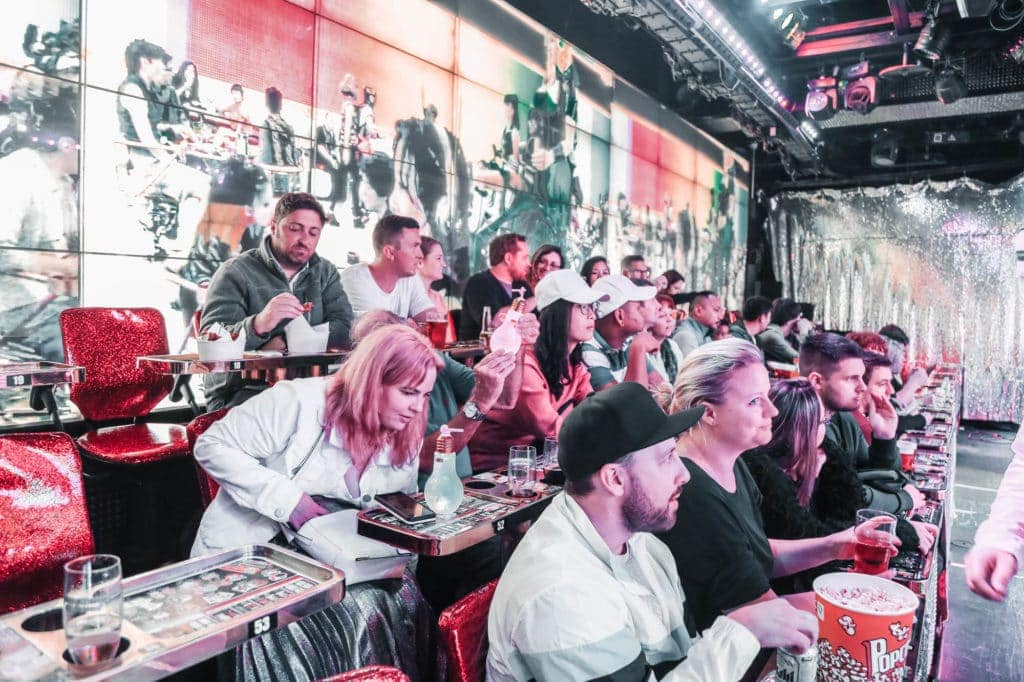 The reality of the robot show in Tokyo!

When you enter the room for the show, it’s so small, you’ll wonder how on earth they perform in the space with large props. It’s mental!

The seats are all jammed together so you don’t get any space at all, but this is Japan so would you expect any different? This means it’s hard to actually leave your seat for the bathroom during the breaks of the show, which leads me onto my next point.

Expect the hard sell at Tokyo Robot Restaurant in Japan 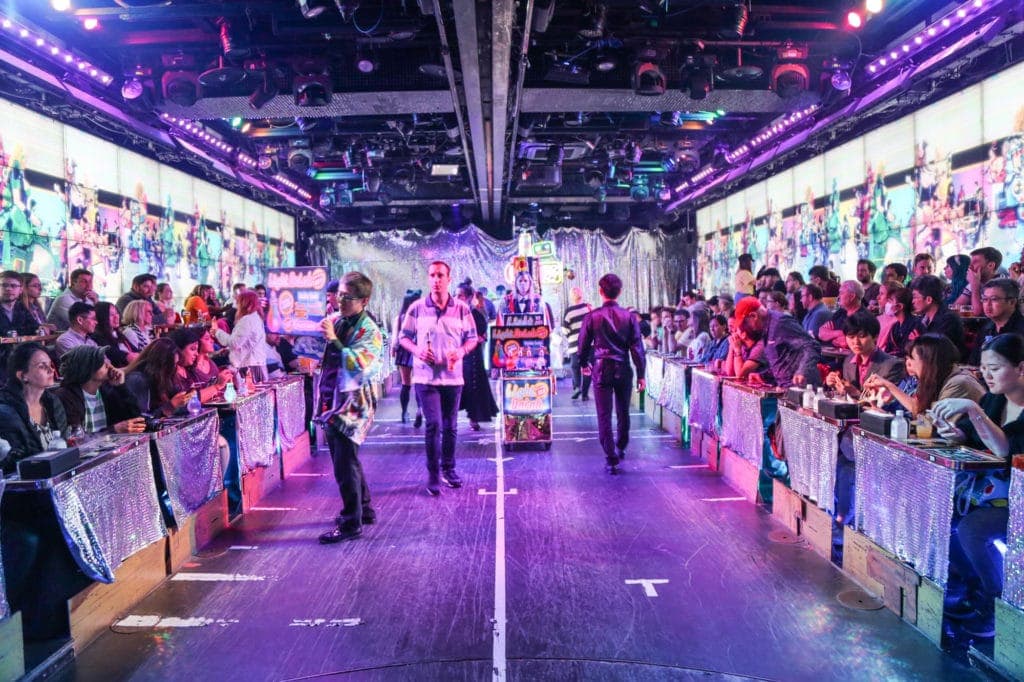 The main thing I noticed is there are constant breaks in between the shows, like every 10 minutes. It wouldn’t surprise me if they were there for the staff to get ready for their next performance.

But, during that time the audience is flogged with loads of stuff to buy from lightbulb drinks to popcorn chicken, it honestly goes on and on.

And as the one and a half hour show stops for breaks, what feels like 50 times, we became quite sick of the buying schemes. 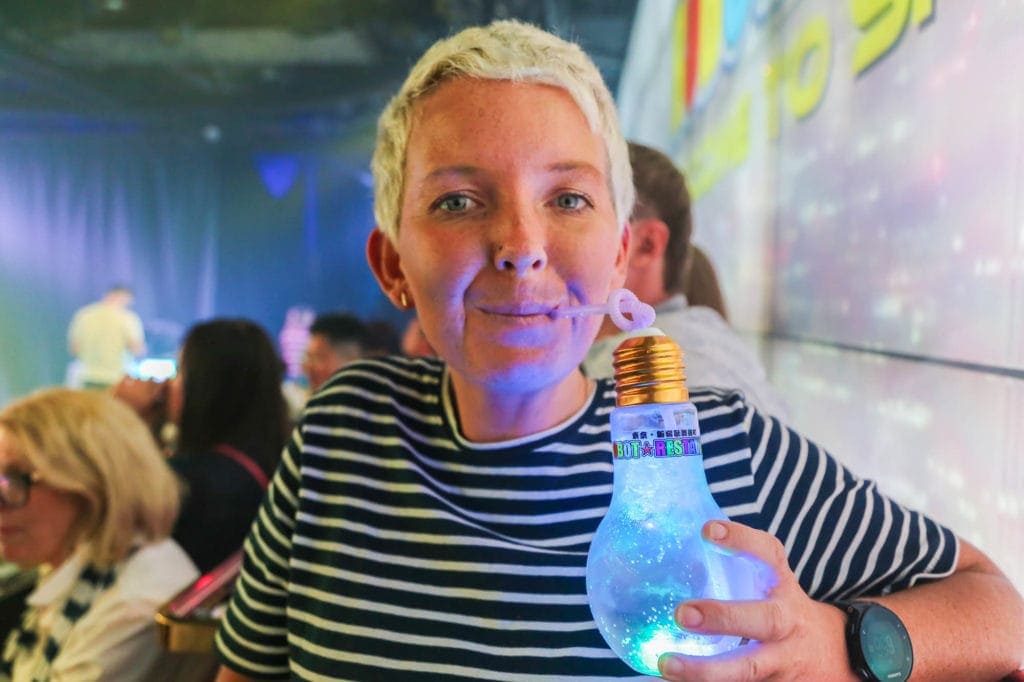 As soon as the show was over, we were rushed out of the building before the next group of tourists were brought in so you’re in for a bit of a tourist trap. But I suppose, would you expect any different? 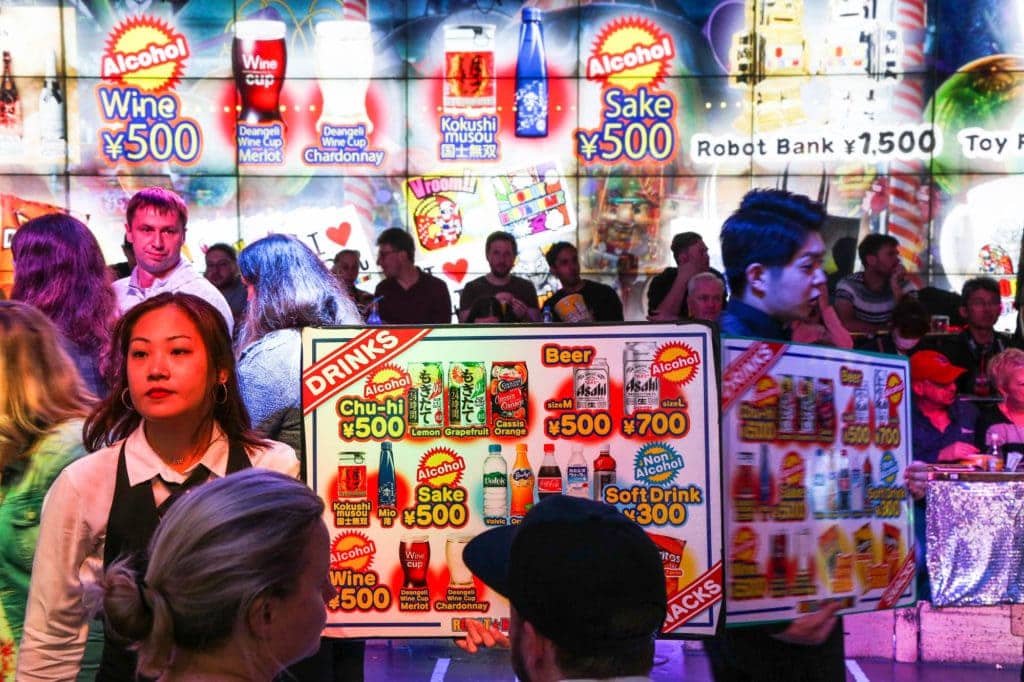 It’s also one of those shows where I think it would be so much better if they had a raucous, drunk audience. The atmosphere was quite flat and although the show was actually quite fun, it wasn’t something I’ll remember as a memorable moment in Japan to be honest.

The Robot Restaurant in Tokyo also reminded me of Disney World which I went to when I was 10 years old, watching the parades yet instead of Disney characters it was totally random.

Imagine a bunch of aliens singing and dancing to Michael Jackson or Bruno Mars? That’s what you’ll get at Robot Restaurant.

There’s no actual storyline, it’s just all a bit random which makes it so wonderfully weird in an ironic sense. 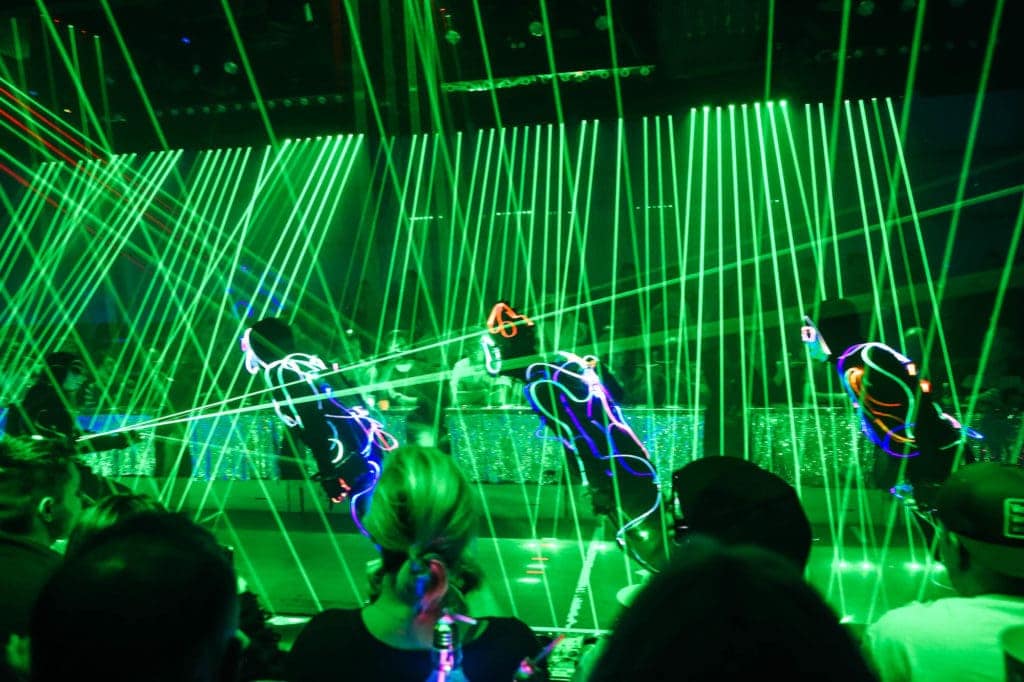 If there’s one thing I did love about Robot Restaurant, it was the waiting room and the staircase down to the show. They were incredible and if the show was something similar, it would have been awesome.

But the show was fun, you just have to take it with a pinch of salt. I’m glad we went, just to see what it was all about.

Make sure you pre book your tickets to Robot Restaurant here > 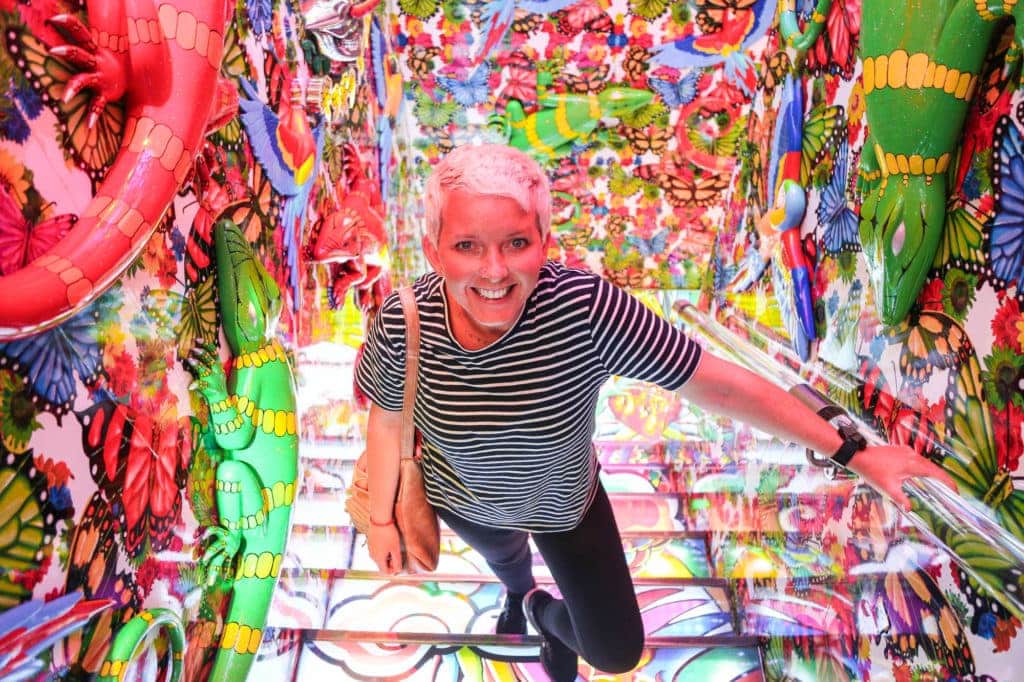 Read more about Japan below! 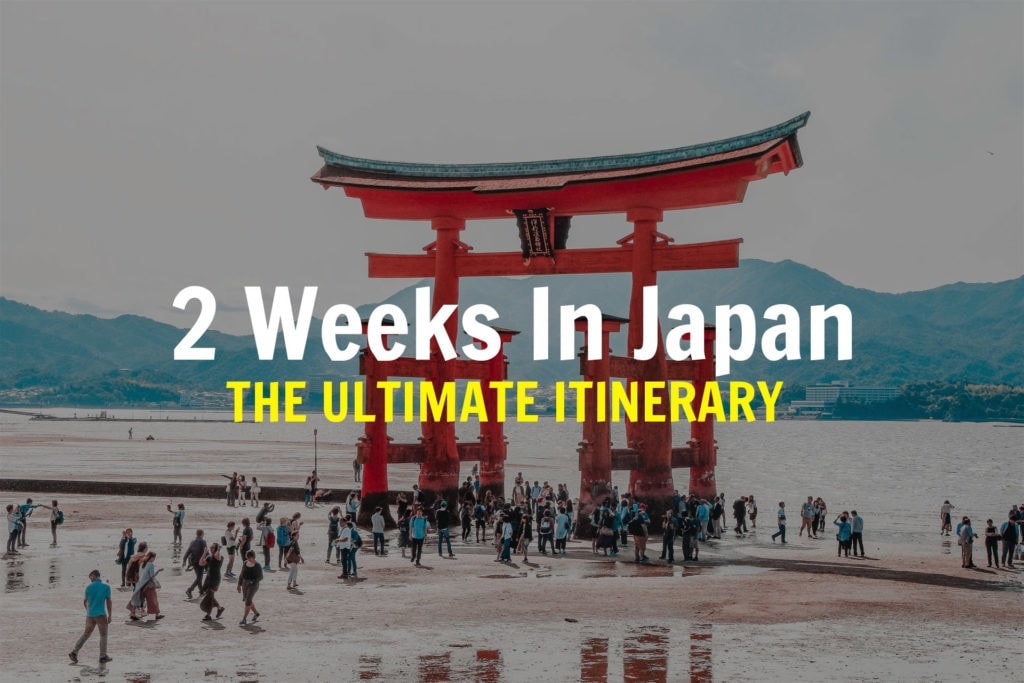 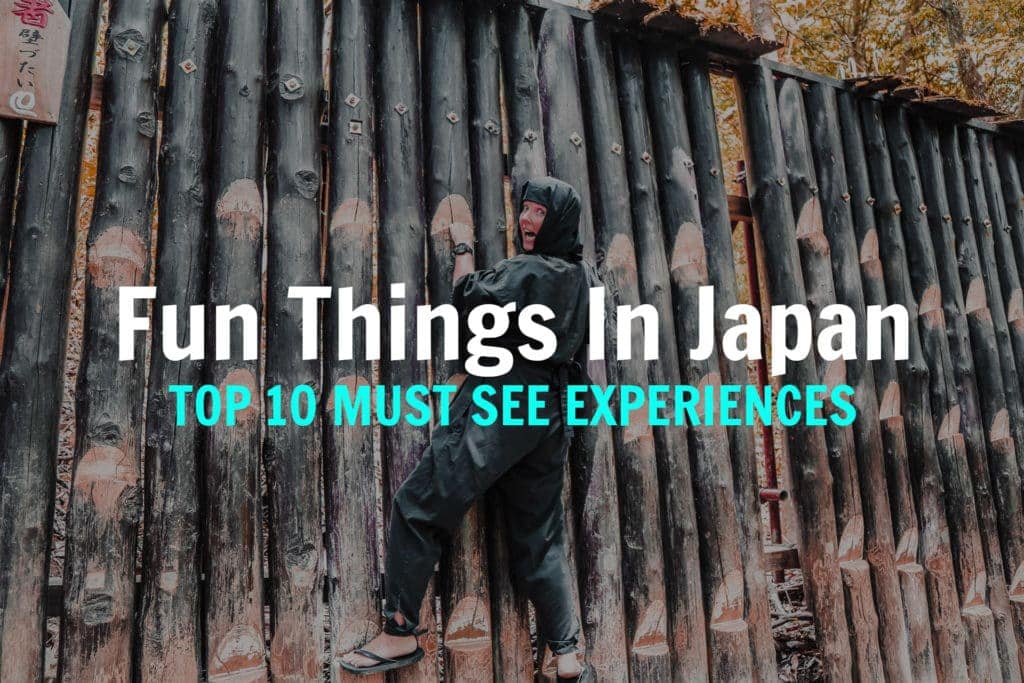 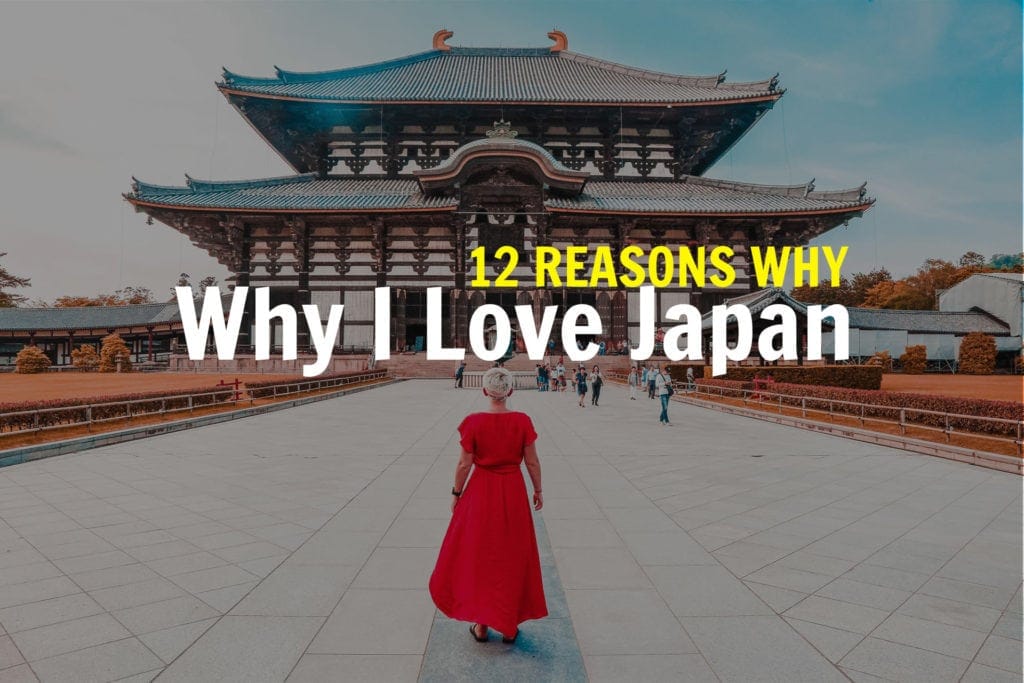 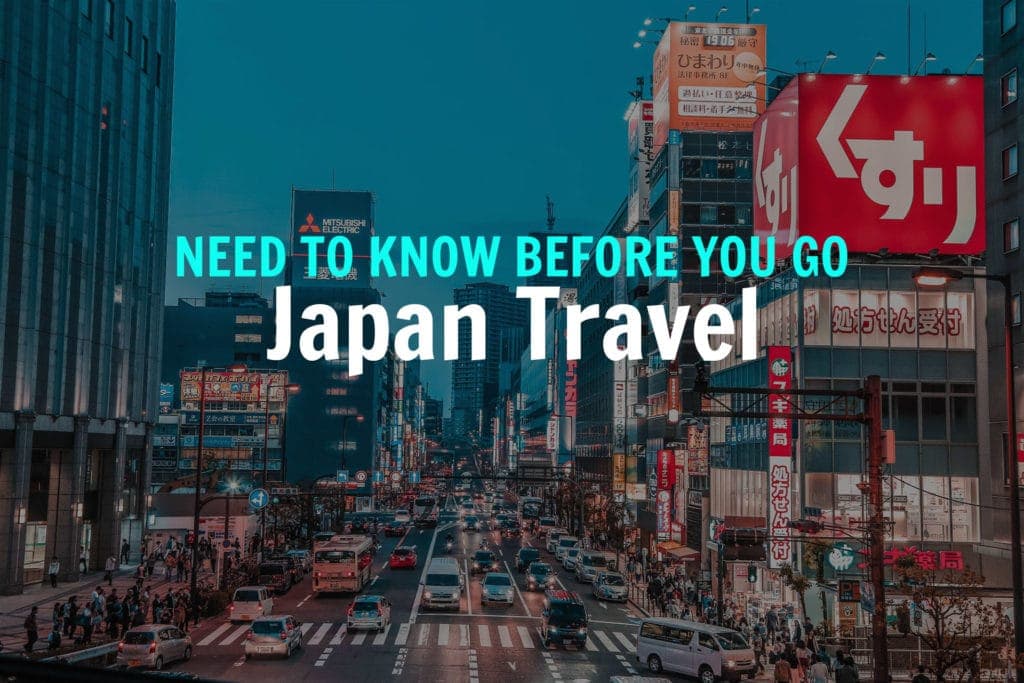 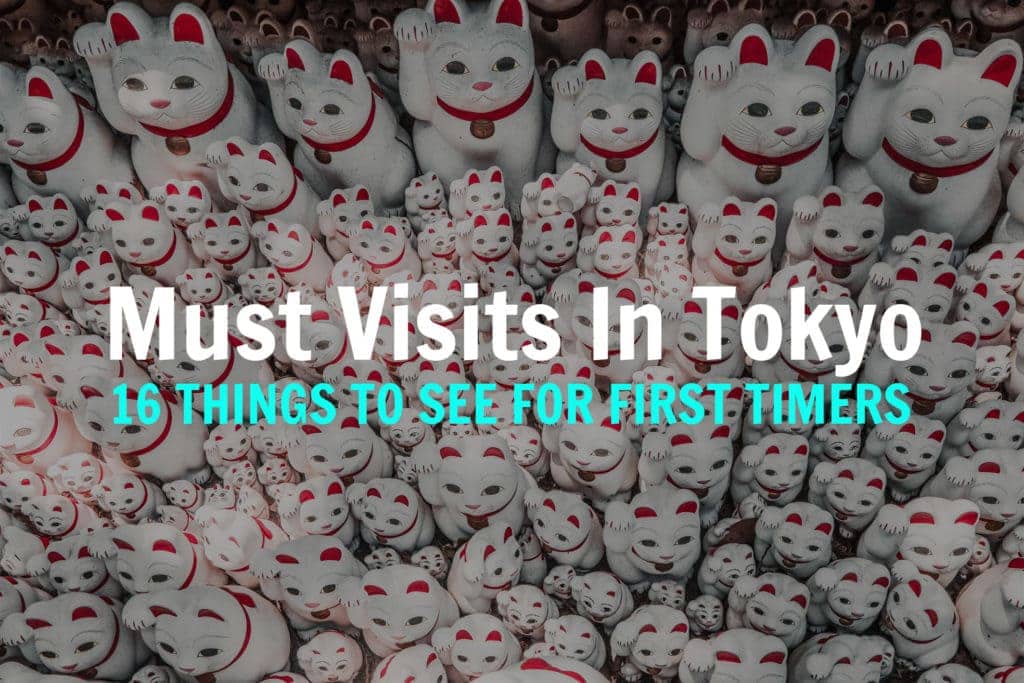 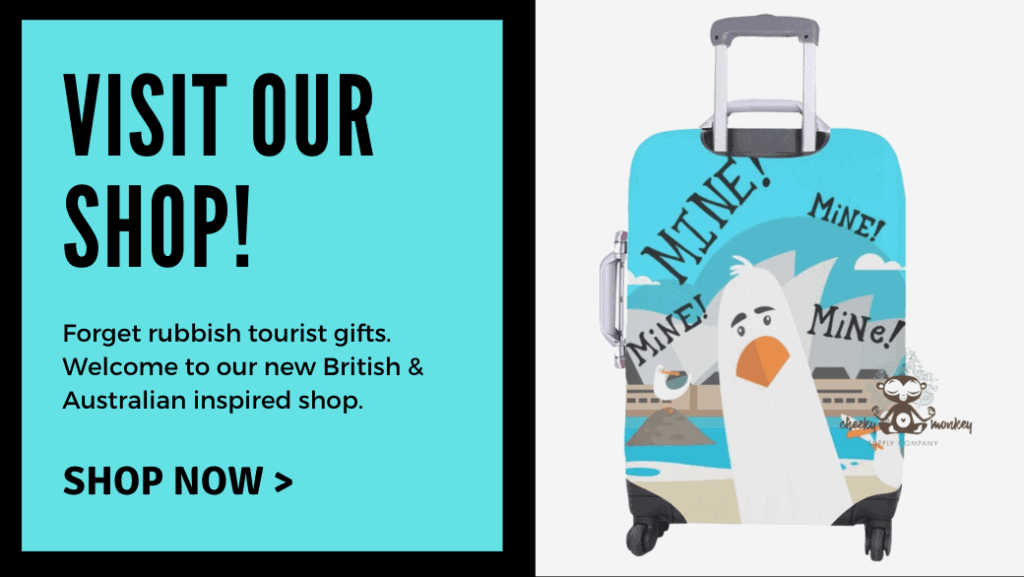 Save for later and pin below 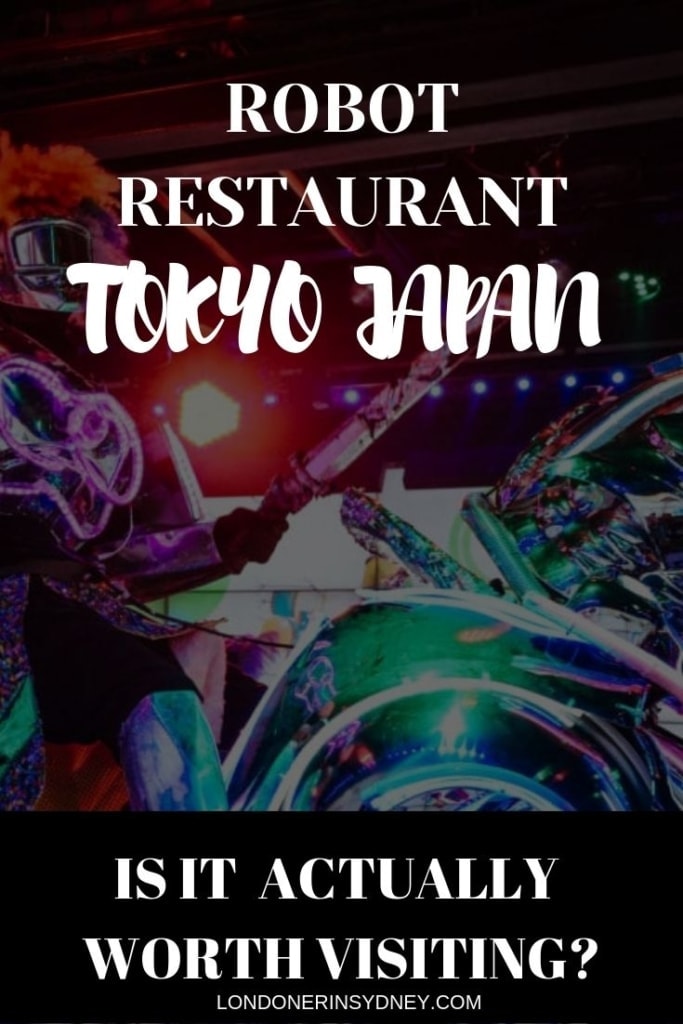 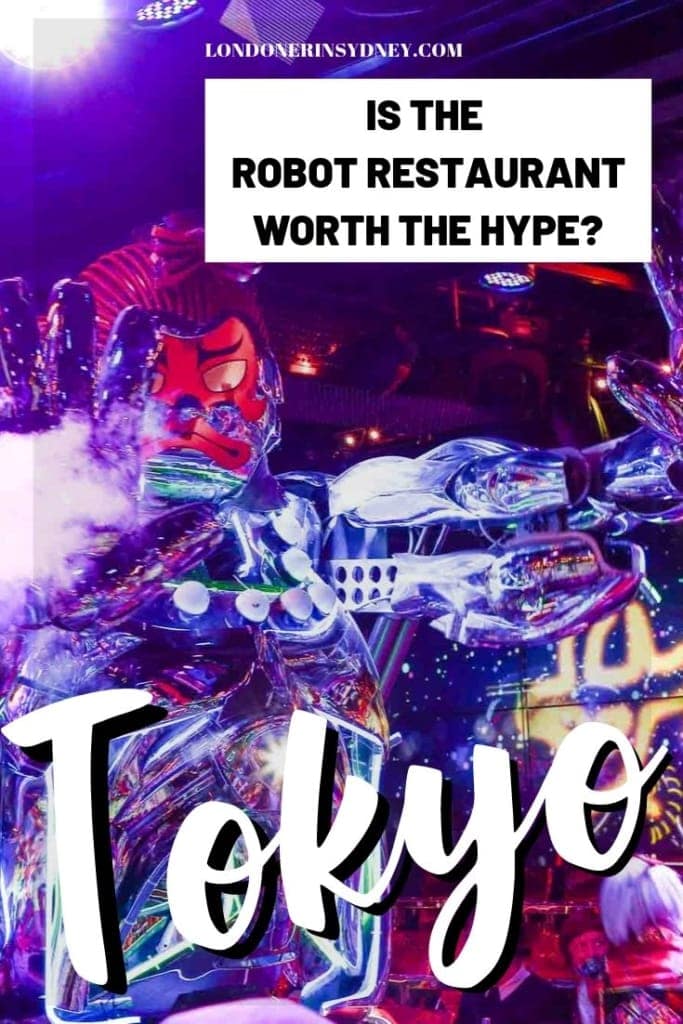 Want to know what camera equipment we use?